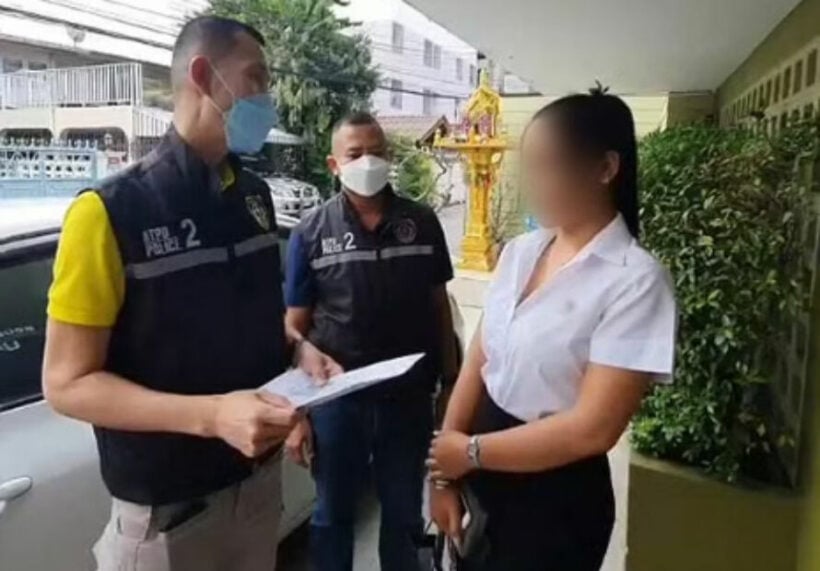 On Monday, Thai police arrested a transgender woman in Bangkok for filming and disseminating child pornography on the LINE and OnlyFans platforms.

Thailand’s Anti-Trafficking In Persons Division announced the results of their investigation today.

The Criminal Court issued an arrest warrant for Bee on November 9 after police discovered she was the creator of a Line group called “BB Group VIP” in which pictures and videos of child pornography were disseminated, such as video clips in which transgender women had sex with underage males. All the videos were sent by the group admin, “BB1.”

The group had over 500 members who could only be added to the group by invitation. Members had to pay a membership fee of 500 baht to gain entry into the group and access the videos.

Police found that the pictures and videos were also posted on an OnlyFans account called pretty lady boy.

One victim, a boy around 16 years old, told police he was contacted by Bee via her personal Twitter account. He said Bee persuaded him into having sex with her at a house in Muang district in Pathum Thani province in exchange for 500 baht.

The victim said Bee requested to film the sex and keep it for one person to watch. However, Bee later posted the clip in the Line group “BB Group VIP.”

Police arrested Bee on Monday under the following charges…

In July, a Thai teacher was arrested for sexually assaulting children aged between 7 and 15 years old and making child pornography videos that he sold on OnlyFans.