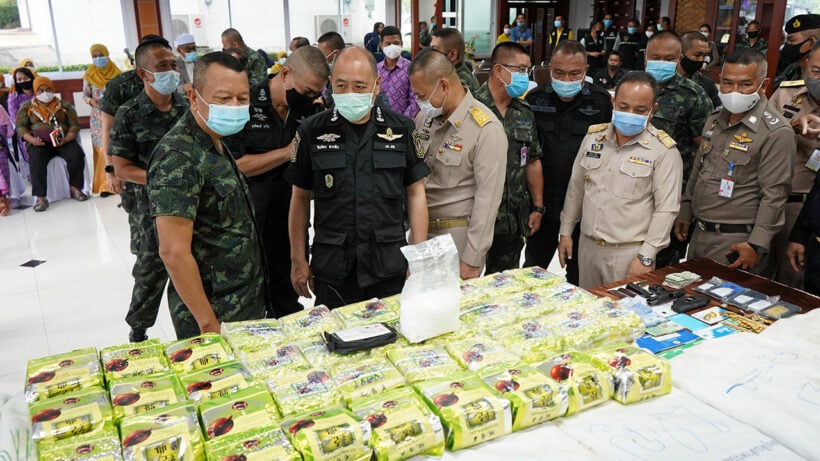 Police arrested 3 people involved in drug operations after stopping a 10 wheel truck at a security checkpoint and finding 250 kilograms of crystal methamphetamine, or ice, hidden in 12 fertiliser sacks. That is a very large seizure of the crystal form of methamphetamine.

The lorry driver, Koseng Cheha, was arrested at the checkpoint in Songkhla in southern Thailand. Cheha told police he was hired to deliver the drugs and gave information that led to the arrest of a man, Mading Rupe, who Cheha said paid him to deliver the drugs, along with another man, Yuso Kama in Narathiwat.

Police also seized assets valued at about 50 million baht which they believe are linked to the drug trade. Some of the assets include a 10 wheeler truck, 3 pickup trucks, 3 cars, 5 motorcycles and a firearm.