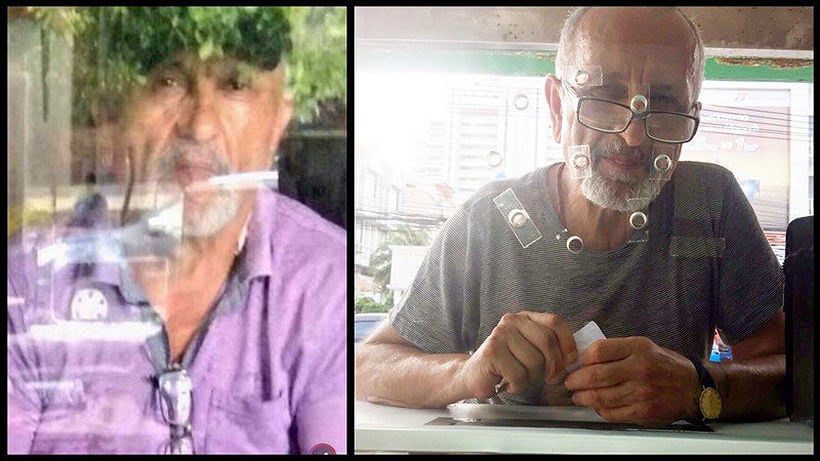 Patong Police have yet to develop any tangible leads tracking down a foreigner who made off with US$30,000 in cash from a currency exchange booth in Kalim, north of Patong in Phuket, last Tuesday.

The man is about 168 centimetres tall with grey hair and around 60 years old, Patong police told The Phuket News.

“We have no clue what nationality he is.”

He was last seen at the currency exchange booth wearing a purple polo shirt, blue jeans and black cap. Police have checked hotels in the area, police stations across the island and Phuket Immigration, but have yet to join the dots and come up with firm leads.

“Investigators have checked CCTV in the area and collected what evidence we have but we still do not know the man’s name or where he was staying.”

The man had visited the booth several times before Tuesday, when he disappeared with the $30,000 in US banknotes, according to police.

“It was always small amounts”, he added, noting that the amounts didn’t warrant staff at the exchange booth to check the man’s passport before making the exchange.

The man arrived at the booth again at about 1pm on Tuesday, saying that he had 900,000 baht cash to exchange.