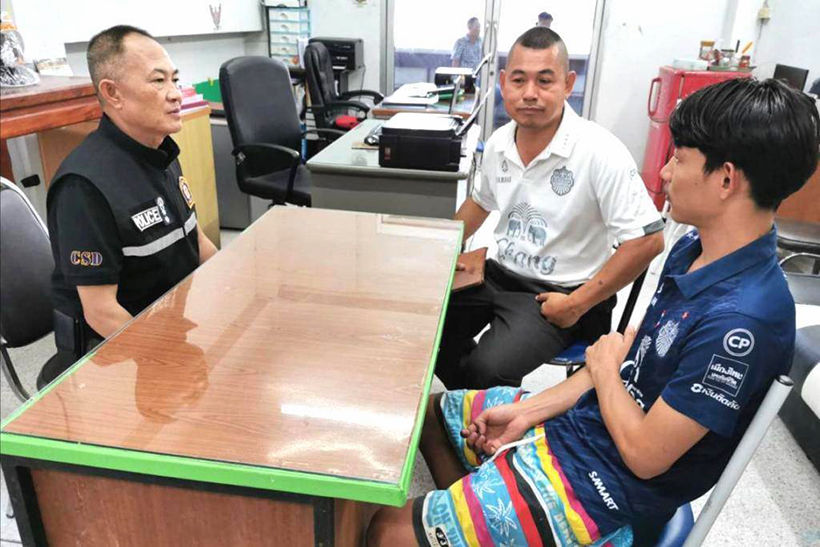 A 22 year old man has reported to police [location undisclosed] and faces charges after a Facebook post saying he wanted to buy a rifle for a shooting spree at shopping mall. Natthapong Jalaebram, known on Facebook as Ring HR, was accompanied by relatives when he reported.

Thai media report that Nattahpong posted: “Wanting to buy an AK or an M16 rifle for not more than 100,000 baht. I will use it for a shooting spree at Taweekit Buriram 555.’’ Frightened netizens alerted police, who quickly tracked him down via Facebook and learned his real name. 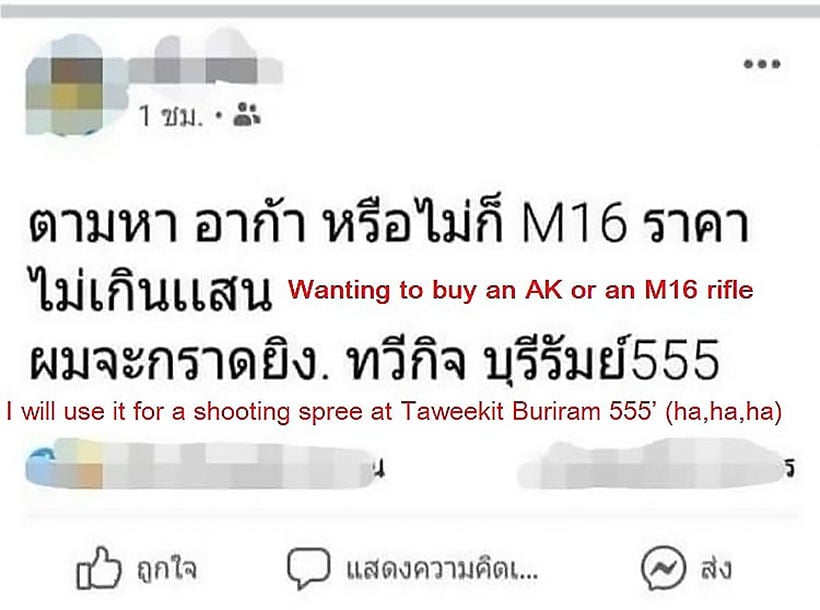 Natthapong allegedly admitted to making the post, claiming he was drunk and posted the threat as a joke. He later deleted the message.

He said he had closely followed last week’s shooting rampage in Nakhon Ratchasima province on the news. The gunman’s rampage claimed 30 lives, including the shooter, and left 58 people wounded. Police say Natthapong is sorry he posted the message.

Natthapong is charged with violating the Computer Crimes Act and threatening others. He is being held in police custody for legal action.