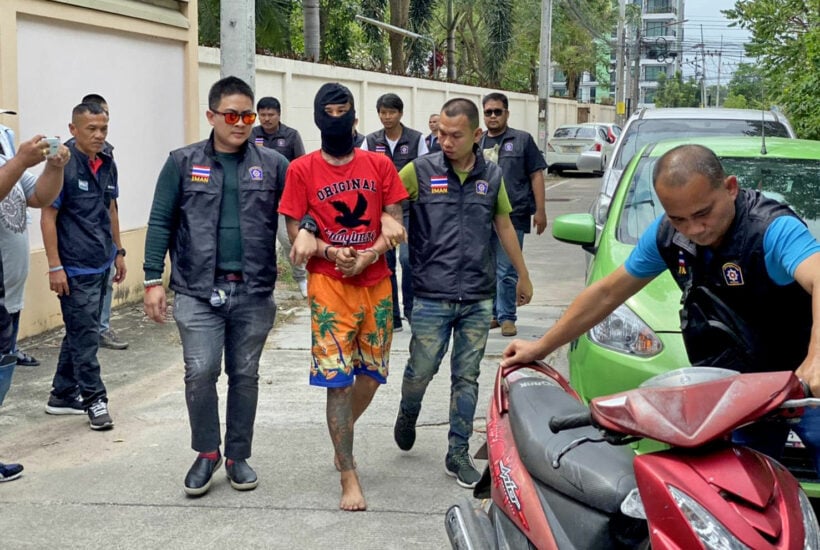 A suspect is now in custody following a series of armed robberies in the Bang Lamung area.

The suspect drove up to the side of a victim, who was also driving their motorbike, and threatened them with a gun. The victim fell off his motorbike.

The suspect then used his gun to threaten the victim. The suspect stole a gold necklace before speeding away, leaving the man laying on the side of the road.

On November 11, the same suspect threatened another victim on Nongketnoi Road. Again, at gunpoint, the victim handed over 700 baht in cash to the suspect.

Weerayut has now been charged with armed robbery and has allegedly admitted to the crimes.A re-enactment of the crime was conducted yesterday afternoon.