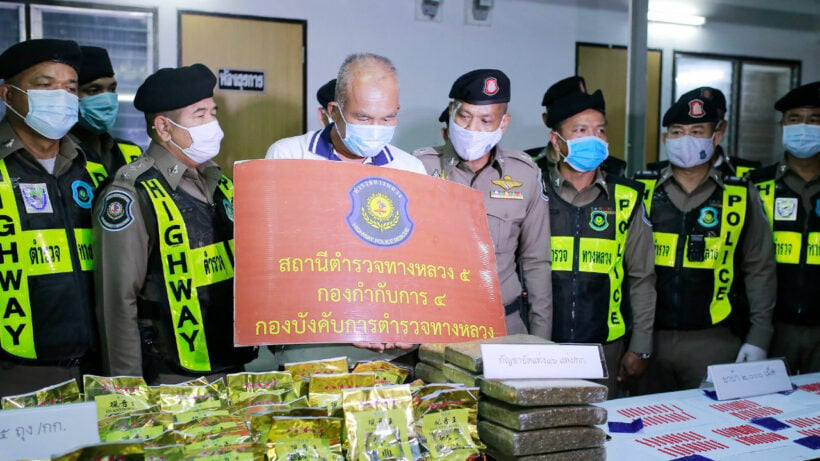 The methamphetamine was separated into 1-kilogram packs. They also found 2,000 methamphetamine pill, known as speed, police say. The marijuana was compressed into 16 bars weighing 1 kilogram each. Altogether, the street value is around 112 million baht, police say.

Truck driver Khongsak Jitrawang, from the Isaan province Kalasin, was stopped at a police checkpoint. At first, the driver said he was also a police officer. He later said he was a bus driver and was offered 200,000 baht by a Lao national to carry the drugs to Bangkok, according to police. He allegedly picked up the drugs from a forest area in Sakon Nakhon and was to drop them off in Bangkok.

Police say the man also admitted to driving 50 kilograms of marijuana down from Sakon Nakhon to Bangkok last month. He told police he was paid 50,000 baht for that delivery.