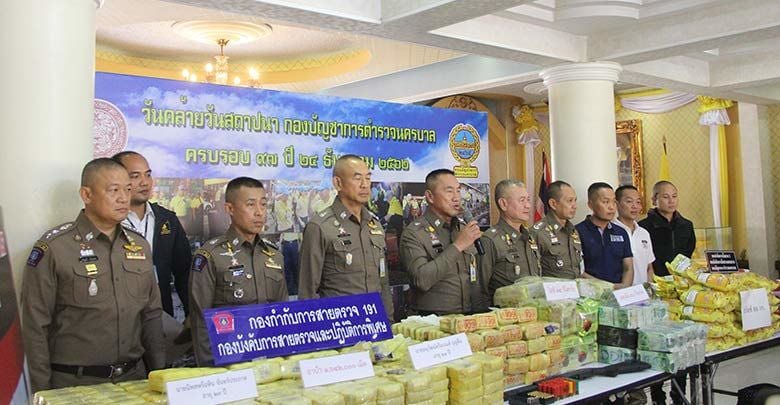 Metropolitan Police have reported the seizure of 1,600,000 methamphetamine pills (yaba), 34 kilograms of crystal methamphetamine (ice), and 40 kilograms of Ketamine. Officials also seized a pick-up involved in the drug gang’s business as well as weapons. The Patrol and Special Operation Division 191 Police seized the drugs from Nipol ‘Hin’ Janprapat and Anuwat ‘James’ Bunjeen while they were in Bang Khae District, western Bangkok.

Police Lieutenant General Pokpong Pongpetra related that the investigation revealed suspects had been renting a home to use as a drug warehouse. The drugs had been sourced from the border areas of northern Thailand, transported south, and then stored in the rented house. They’d then wait for delivery instructions around the Bangkok area.

The 2 suspects already have links with previous drug smuggling operations and, with links to arrests in Pak Kret, Nonthaburi Province and Thonburi District.

Officials also arrested 49 year old Toh-r Denbonfahthai on January 15, who police allege has connections to the ‘Karen people’, a Burmese ethnicity living to the north of the Thai border. He was nabbed with 66 kilograms of crystal methamphetamine at the Bangkok Bus Terminal in Chatuchak. He was travelling in a Toyota Sport Rider. His arrest led officials to an abandoned vehicle which was loaded up with 31 kilograms of crystal methamphetamine.

Discussing the modus operandi, police say the suspects would deliver the drugs through multiple drug smuggling gangs using public transportation from Mae Sot and Tak provinces (northern Thailand) to Mo Chit in Bangkok. They allege the drugs are then intercepted by another group who would put the drugs into the abandoned car parked on Nawamin Road.

The drugs are then delivered to the person who has ordered the drugs. In this case, the buyer was known as ‘Ma-ah from Myanmar’, living in Thailand. The investigation continues. 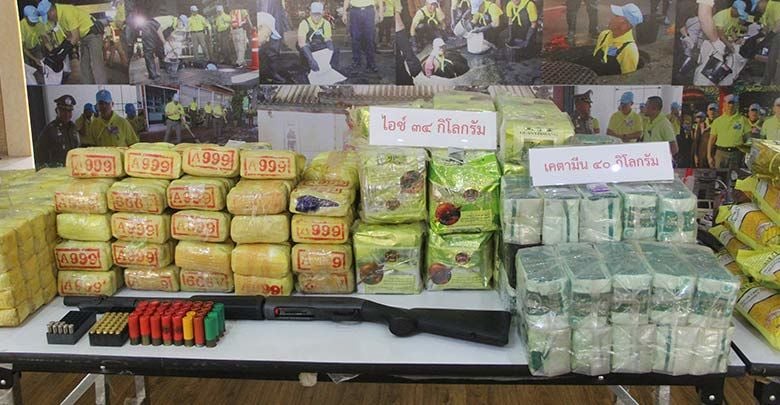