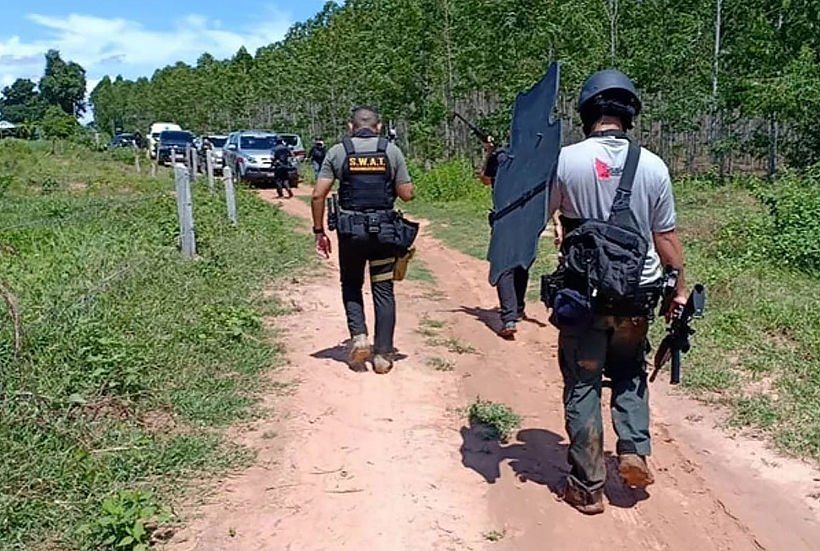 Police in the northeastern Nakhon Ratchasisma province, aka Korat, are offering a 30,000 baht reward for information leading to the arrest of a drug dealer who escaped after shooting an undercover agent in a sting operation gone bad. 38 year old Phadungsil Lohakart allegedly shot officer Song Tuaykrathok, who was posing as a buyer of crystal methamphetamine, in Korat’s Khong district on Wednesday. The officer was hit in the chest and arm and taken to hospital in critical condition.

The suspect fled to a nearby cassava plantation, where he managed to evade a police dragnet. Investigators summoned friends of the suspect for questioning today after a witness reported seeing a friend helping him escape. The fugitive is believed to have fled into the downtown district of the province’s capitol.

A police source told reporters other suspected members of the drug network have been questioned for information about the suspect’s escape route and hideout.

The deputy chief of the Provincial Police Region 3 today offered a cash reward of 30,000 baht for information leading to the suspect’s arrest.

He reports that Song is still being treated in the ICU at Maharat Nakhon Ratchasima Hospital but has regained consciousness. 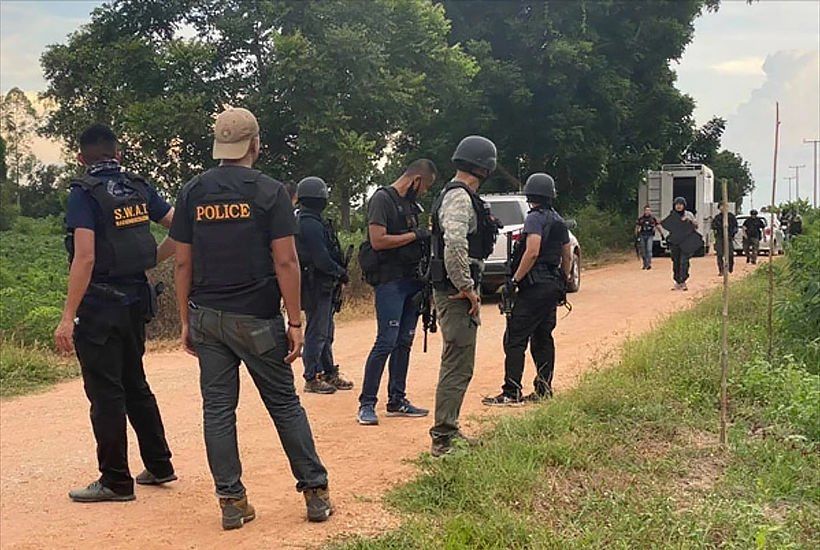