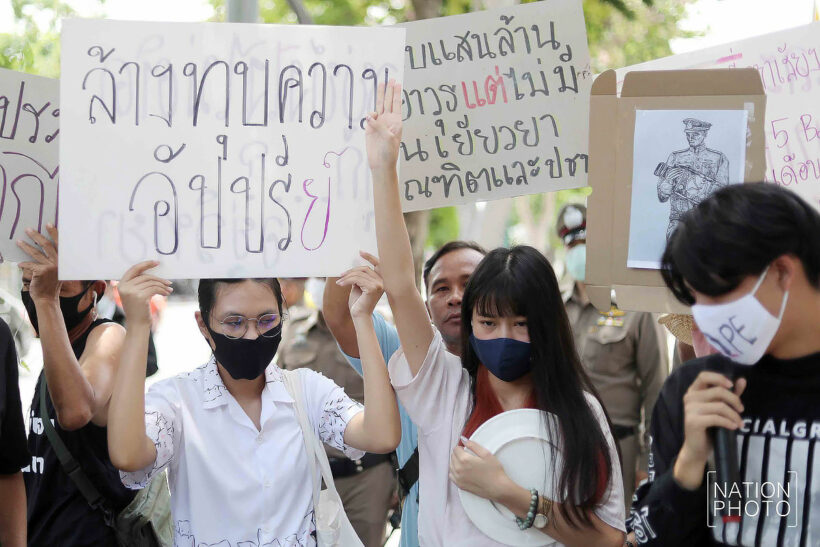 Continuing the wave of anti-government demonstrations which has swept the country for nearly 2 weeks, protesters calling themselves “Democracy June 24” gathered outside Government House in Bangkok yesterday and symbolically washed dishes carrying various political messages. The last dish, carrying a photo of PM Prayut Chan-o-cha was dramatically smashed when protesters were “unable” to scrub it clean. (October 24 is the date of the 1932 revolution that transformed Thailand, then known as the Kingdom of Siam, from an absolute monarchy to a constitutional monarchy.)

The leader of the demonstration said the protest was held to “voice discontent with the government’s double standards”, citing the ongoing case of Vorayuth Yoovidhya –  scion of one of Thailand’s wealthiest families and heir to the Red Bull drinks empire – whose criminal charges, including reckless driving resulting in the death of a policeman, were recently dropped by public prosecutors.

“Meanwhile, the government is threatening ordinary people by enforcing laws such as extending the state of emergency and ‘disappearing’ activists like Wanchalearm Satsaksit.”

The famous activist, who fled Thailand accused of cybercrimes and violating the nation’s draconian lèse-majesté laws, was plucked off a street in Phnom Penh in early June and has not been heard from since. Neither the Cambodian nor the Thai government has given any indication of his fate.

The group then submitted a letter demanding the government reform in the country’s judiciary system. The demands include…

“If the government continues ignoring these demands, it will lose all credibility with the people.” 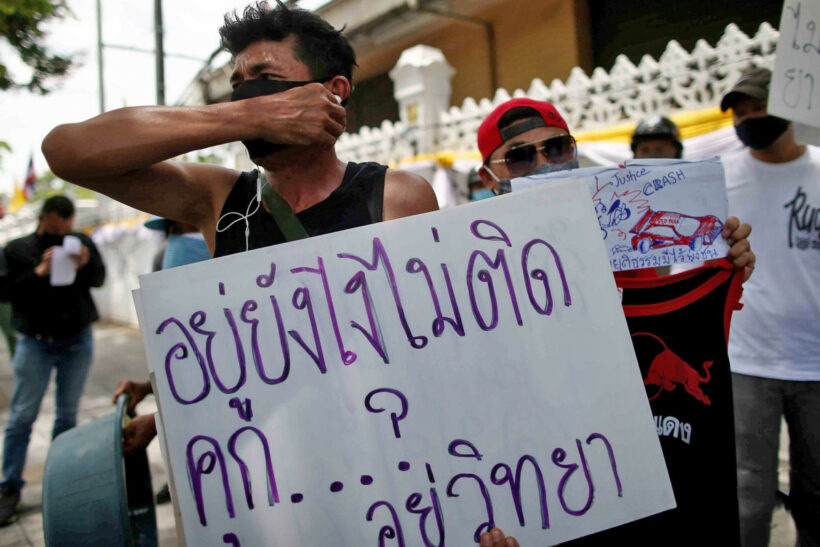