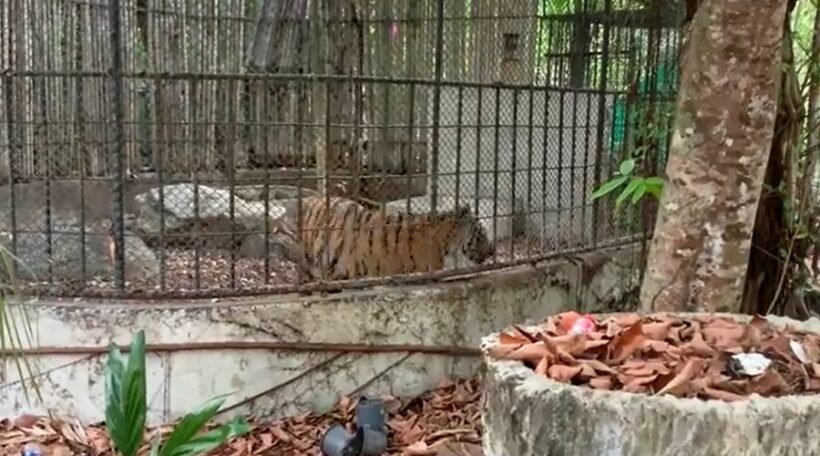 2 foreigners and 2 Thai citizens have been arrested for trespassing private property and violating Thailand’s Computer Crimes Act. Police allege that they climbed over a perimeter wall of the Phuket Zoo in Chalong, southern Phuket. The report alleges that they filmed videos of the crocodiles and tigers and posted an edited version with narration on YouTube. The report also says that they created a Go fund Me page to solicit public donations to “feed the animals”.

The four people arrested are Minh Nguyen, an Australian, Joy Marie Somers, an American, and two Thai men, Hassen Coltcah and Hussen Armad. All four suspects all denied the charges and their lawyer maintains that the whole matter is “a misunderstanding”.

The owner of Phuket Zoo, Suriya Tanthaweewong, filed a complaint with Phuket police following the posting of the YouTube video and the social media storm which followed. He maintains that the controversial zoo was not seeking donations and “the animals were not left to starve”.

Addressing rumours about the zoo, Suriya also confirmed that he intended to close or sell the zoo. He claimed that the zoo’s animals were being “adequately cared for”. Last Friday Phuket Wildlife officials inspected the zoo, reporting that “the zoo had enough food to feed the animals and that the animals were in “perfect condition”. They also promised to provide more food to ensure the welfare of the animals.

The police report alleges that on April 14, at about 6pm, Hussen Armad, a Thai man, climbed the outside wall of the Phuket Zoo. He recorded video inside the zoo and narrated that the zoo owner had abandoned the animals. The narration claims that they just found the animals when on a walk.

“Me and my mates were on a walk and came across an abandoned zoo.”

4 new Covid-19 cases in Phuket, all in Bang Tao