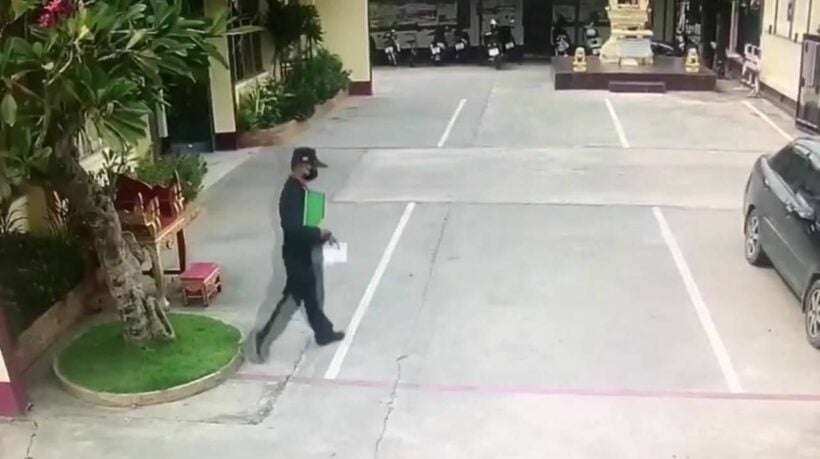 Police are searching for an inmate who escaped from a Phetchabun prison disguised in a guard’s uniform. He was also seen on security camera footage carrying documents and wearing a face mask and hat that hid his face.

35 year old Wutthichai Detchasithanawat, who had been incarcerated on theft charges, walked out of the prison unnoticed around 9:54am this morning. Police did not say when they noticed the inmate was gone, but say he was seen on surveillance camera footage walking out of prison wearing the uniform with documents in his hand.

Reports say the man stopped by his house and left on a motorcycle. Police have launched an investigation and suspect the man went north to the Lom Sak district where he has family.