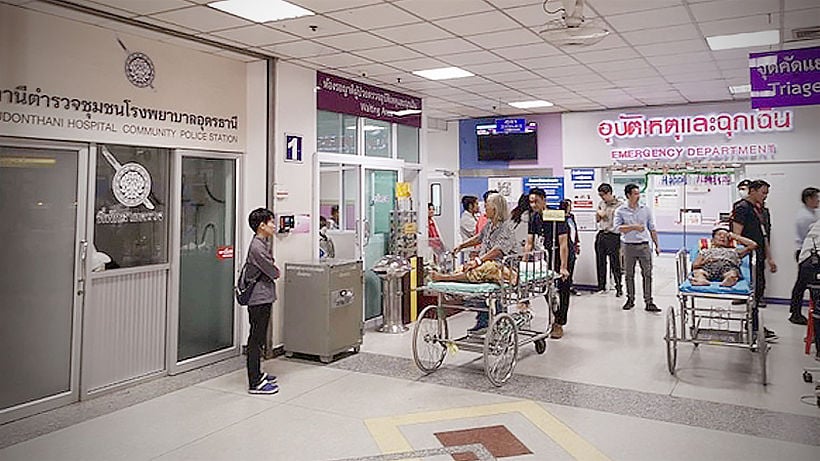 Following incidents at 2 hospitals in greater Bangkok, in which 3 staff were injured, prompting a female doctor to resign, Udon Thani Hospital has set up a new security system to prevent damage from brawls between the northeastern province’s rival gangs. The hospital’s director says tight security is necessary, citing 4 patients recently brought in with severe injuries from a gang fight.

He says that although friends and family are normally allowed to visit patients, members of rival gangs often show up pretending to be kin and further attack the patients and damage equipment and property. In this case, security guards were stationed at the doors of the 4 patients’ rooms and didn’t let in any “friends” or family.

The director said that apart from stationing security officials at doors and informing local police, the hospital has now also set up a system in which loud alarms will sound if anyone tries to break down doors, giving staff enough time to secure expensive equipment. The hospital has also created safe areas for staff to hide in the case of severe violence.

The director saysthe hospital called on the Public Health Ministry to find a solution after it endured 6 gang fights on the premises over 2 months, and the ministry responded by setting up the new security system.