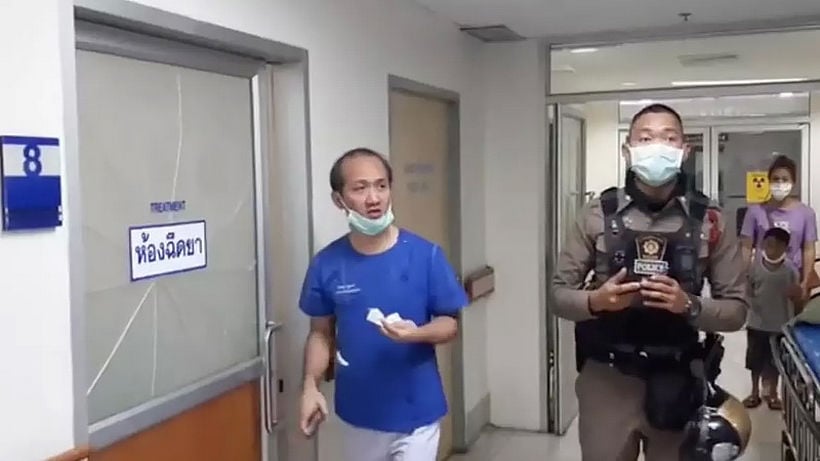 The director of Vibharam-Chai Prakan Hospital in Samut Prakan, just south of Bangkok, says he may need to upgrade security to that used by gold shops to protect hospital staff. His remarks come just days after violence erupted at 2 hospitals in the area. 2 gangs were fighting after 1 of their members died.

A female doctor resigned after the attacks. The director wants to see a “panic button” installed so police are on the scene as quickly as possible to deal with troublemakers.

He says that the doctor and team gave CPR to the victim for 50 minutes and provided excellent care before he succumbed. For her trouble, a female doctor was smashed in the face during the commotion.

She decided to resign, fearing gang reprisals. The director says she’s been offered an alternative position at one of the group’s many other hospitals.

Other medical staff at the hospital have asked for leave after the violence shattered morale.

Now, after several similar problems with gangs, the director feels it’s time to upgrade security to “that of a gold shop.”