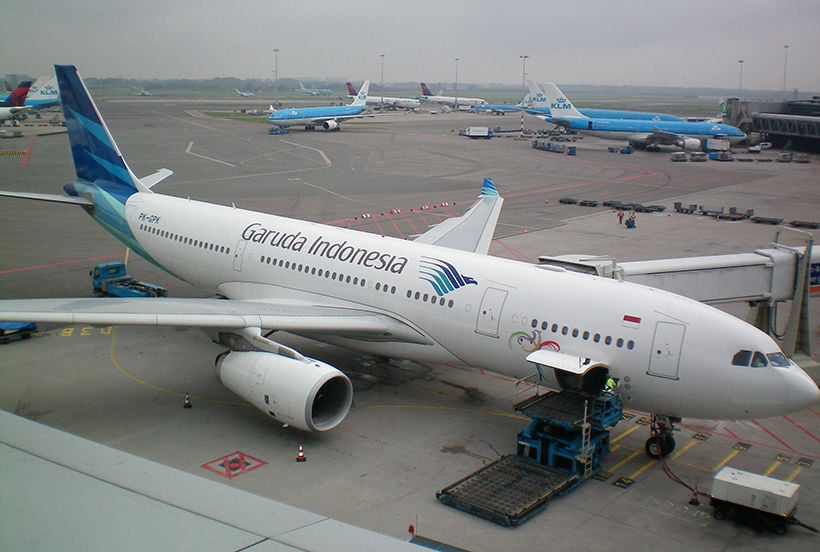 PHOTO: An Airbus A330 carrying the Trent 700 engines - Pinterest

A former CEO for Indonesian national carrier Garuda Indonesia has been jailed for bribery and money laundering. The sentence was related to the procurement of planes and engines from Airbus and Rolls-Royce for the airline. Emirsyah Satar has been handed down an 8 year sentence and fined US$1.4 million by the country’s corruption court.

Mr. Satar served as CEO of Garuda Indonesia from 2005 to 2014. He was indicted over payments from a businessman via a 3rd party for the procurement of Rolls-Royce Trent 700 engines and Airbus A320 and A330 planes.

The current list price for a Rolls Royce manufactured Trent 700 engine is US$23.25 million. They were mostly used on the Airbus A330 series of planes at the time.

Mr. Satar, who had previously denied the allegations, will decide next week whether to appeal against his sentence, according to his lawyer.

In 2017 Rolls-Royce agreed to pay authorities more than US$800 million to settle charges after an investigation by the US Justice Department and Britain’s Serious Fraud Office into alleged bribery of officials in six countries in schemes that lasted over than a decade.

Those countries included Thailand, where some $18.8 million paid by Rolls-Royce to “regional intermediaries” ended up in the pockets of “agents of the State of Thailand and employees of Thai Airways”, according to Britain’s Serious Fraud Office at the time.

Airbus, back in February, agreed to pay a record US$4 billion in fines after reaching a plea bargain with prosecutors in Britain, France and the US over alleged bribery and corruption stretching back at least 15 years.

710 people caught violating curfew in one night, most in Phuket