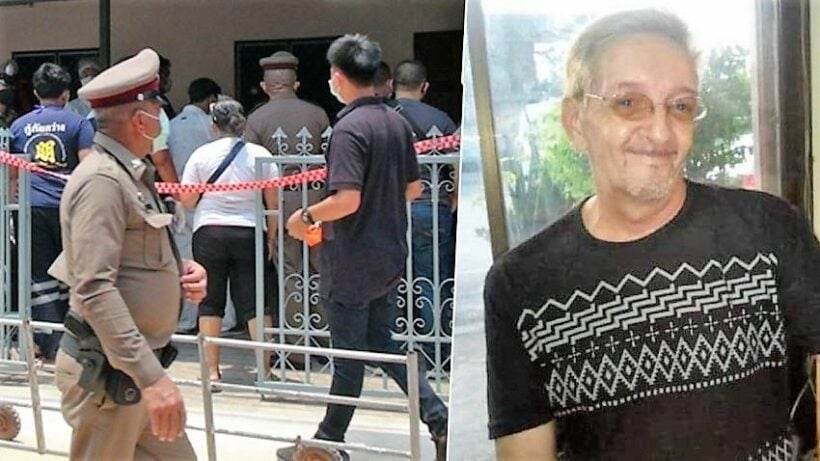 The stabbing death of a German man who taught English in the Central province of Prachinburi “has damaged the image of Thailand” according to provincial police, as reported in 77kaoded. But the provincial police chief says said he “expects good news soon” after he chaired a meeting of investigators looking into the case. Chief Naradech Klomthuksing was addressing reporters after an hour and a half briefing at police headquarters, updating media on the case.

The 60 year old man, identified as Klaus Wilhelm, was found stabbed in the chest at his apartment in the in main city district on Wednesday. His body wise discovered by his ex-wife, who still visited him frequently.

The mans wife told police on Wednesday that Wilhelm had called her the day before, asking her to go with him to withdraw 40,000 baht cash that his mother had sent to him from Germany.

Naradech ordered several separate task forces to be set up to investigate every aspect of the crime.

Currently equal weight is being given to the possibility that a family dispute, a woman or a robbery was the motive for the slaying. Naradech smiled after the meeting and said that “good news” would likely follow shortly with information about the case.

Multiple murder suspect nabbed after 6 years on the run