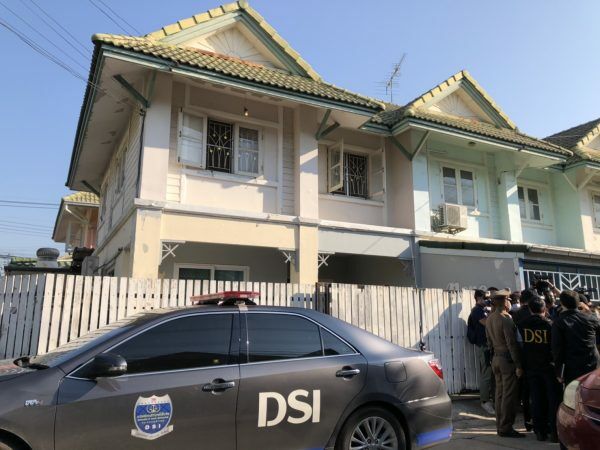 Around a half a million pornographic photos and videos of children allegedly from a Thai modelling agency were seized by officers from the Department of Special Investigation, or DSI. Officers raided the modelling agency, which is run from a home in a Pathum Thani neighbourhood, and arrested the owner of the agency.

Police say the home had a studio with camera equipment. Around 500,000 videos and photos of child pornography were found. The owner of the model agency faces charges of downloading pornographic material for dissemination, sexually abusing minors under 13, sexual assault and separating minors from their parents for sexual purposes. It’s unclear how many children were exploited.

The Australian Federal Police first reported a child pornography photo to Thai authorities, prompting a national investigation. The organisation Operation Underground Railroad, which is based in California, provided technical support during the investigation.

DSI director general Korawat Parnpraphakorn is advising parents to verify that a modelling agency is reputable before allowing their children to take photos and videos alone with a photographer.

Just last month, an owner of a modelling company in Songkhla’s Hat Yai district was arrested on child pornography charges.