An elderly sugarcane vendor in Chon Buri province’s Sattahip district sufferered multiple injuries when a potential customer stole his phone and tried to speed off on his motorbike, leading the vendor to grab onto the bike in a desperate attempt to to get it phone back.

63 year old Chaiyapat Warawan says a young Thai man about 20 years old pulled up to his stall on a grey and black Honda motorbike at about 10am on Saturday, saying he wanted to buy some sugar cane. But he said he needed to make a call to figure out how much his mother needed, and asked to borrow a phone.

Warawan lent his phone to the man who then attempted to speed away on his motorbike. Warawan grabbed onto the back of the bike and was dragged for over twenty metres down the road, yelling for his phone back. The thief threw the phone onto the side of the road and sped off. Warawan let go once he saw his phone was safe. 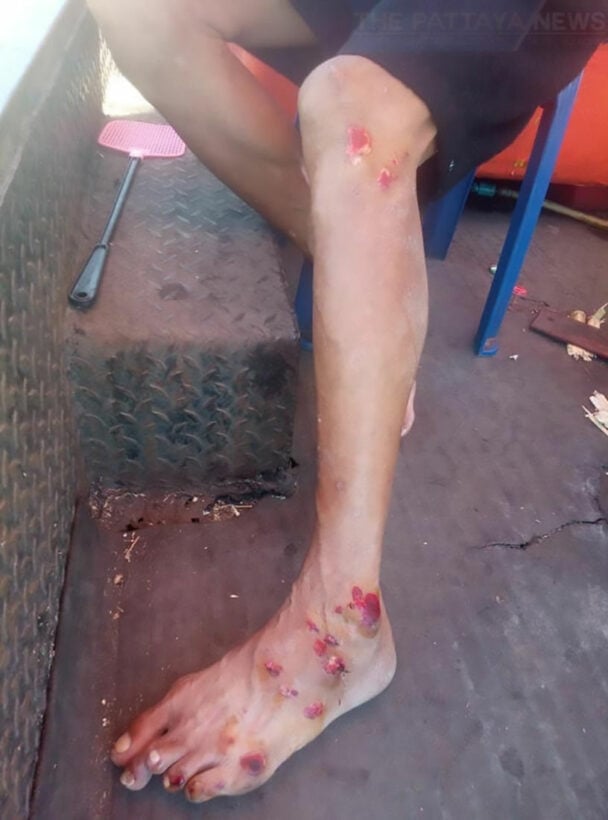 PHOTO: The injuries suffered by Warawan – The Pattaya News

The entire incident was caught on CCTV. Police say they have identified the suspect and were working toward an arrest as of yesterday afternoon.

Warawan is recovering from his injuries but is happy to have his phone back and says he would do it again in a heartbeat, regardless of his age. 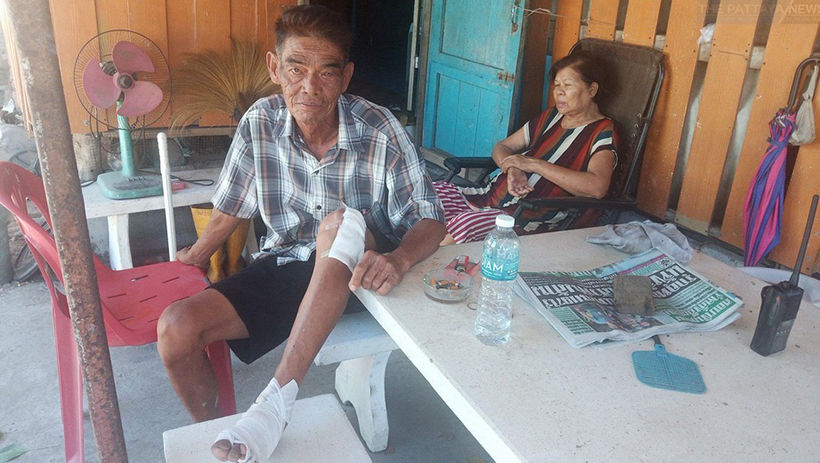