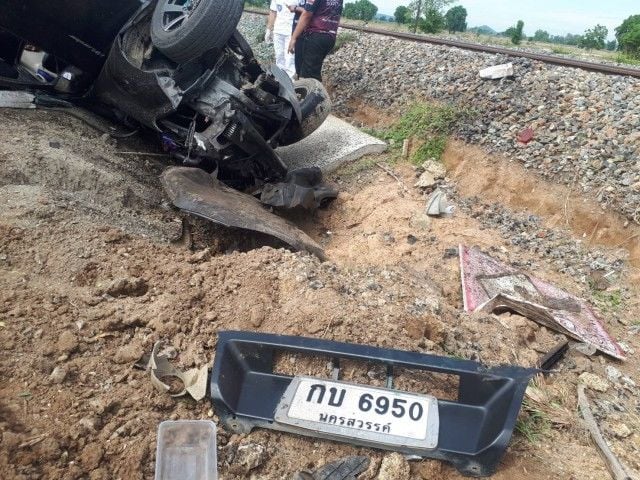 The head of a central Thailand village was killed yesterday morning when a oncoming train slammed into his truck. Dokrak Meemuk, the head of Village Moo 14 in Nakhon Sawan, had just left his house to attend a meeting, according to his family.

Railroad construction workers, who also guide vehicles crossing the tracks at the Ban Tharnwai railroad crossing, told the Bangkok Post they had signalled the driver to stop. The truck had initially stopped, but then his vehicle shuffled forward onto the tracks. There was no barrier to stop his truck going onto the tracks. Police say the truck may have been in neutral, but are still investigating what happened.

The truck was totalled and the driver’s body was trapped inside. Damage to the train was minimal. The train service was put on pause for an hour while the wreckage was cleared up.