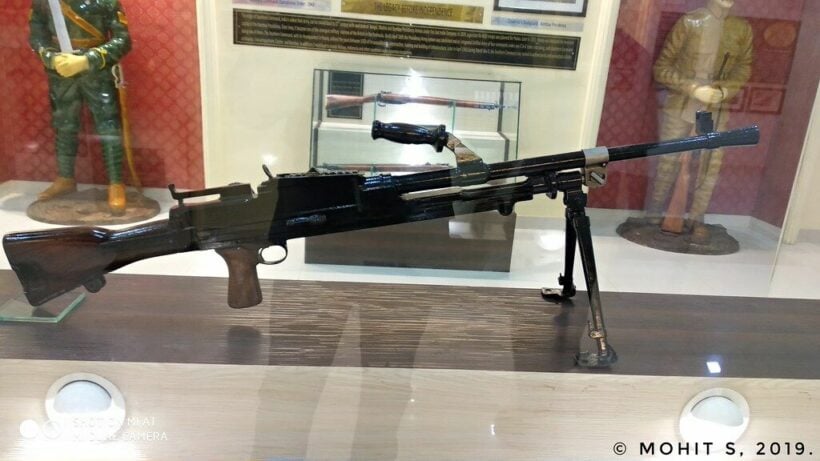 According to Daily News, Pol Capt Phanthep Sribunnak remains in a coma following the shooting. Pol Sen Sgt Maj Kreetha Thipnet was also injured with a shot to his right leg, although reports already say he is “out of danger”.

A Chinese man, with citizenship in Saint Kitts and Nevis, is in custody after shooting and injuring 2 Pattaya police officers who were trying to reprimand him over an online gambling syndicate. 35 year old Jang Yang (reported as 34 years old in some media) pulled a machine gun on the transnational crime team as they went to serve him with an arrest warrant.

Members of the SWAT special police task force entered the premises where he was staying, and arrested him after the shooting. 8 other people, including 5 Chinese nationals and 2 maids were also detained.

Jang was charged with shooting 2 police officers, Phanthep Sribunnag, who was the chief of the police station’s special operations team, and Kreetha Thipnate, of Pattaya police. Panthep sustained 3 gunshot wounds to his shoulder, stomach, and chest. He was taken to Chon Buri Hospital in serious condition. Kreetha was shot in the right leg and admitted to Bangkok Hospital Pattaya.

An unnamed Pattaya police source says the team confiscated over 18 million baht in cash and assets from the scene.