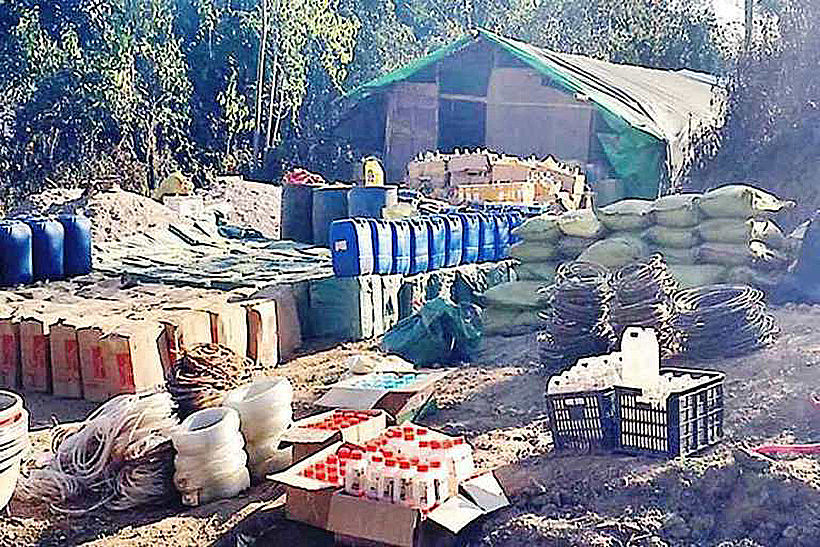 PHOTO: Some of the seized drugs and precursor chemicals - Chiang Rai Times

The Burmese military raided a methamphetamine pill factory and warehouses in Shan State, about 400 kilometres north of Chiang Rai province in Thailand’s northeast. Soldiers seized a vast quantity of drugs, precursor chemicals and drug-making equipment worth an estimated 2.02 billion baht. A spokesman for the Burmese military said that its soldiers conducted raids on plants in Kaungkha Village in Shan State and Kutkai Township, between February 28 and March 3. Kutkai is near the Myanmar-China border, north/northwest of Chiang Rai province.

During raids on the plant and warehouses, authorites found about 44 million meth pills, 129 kilograms of heroin, 15 kilograms of pseudoephedrine pills and hundreds of barrels of acid, and other chemicals and precursors. They also found pill production machines.

“That area is a border area where various armed groups are active, including people’s militias, so it is difficult to say who those drugs belong to.” 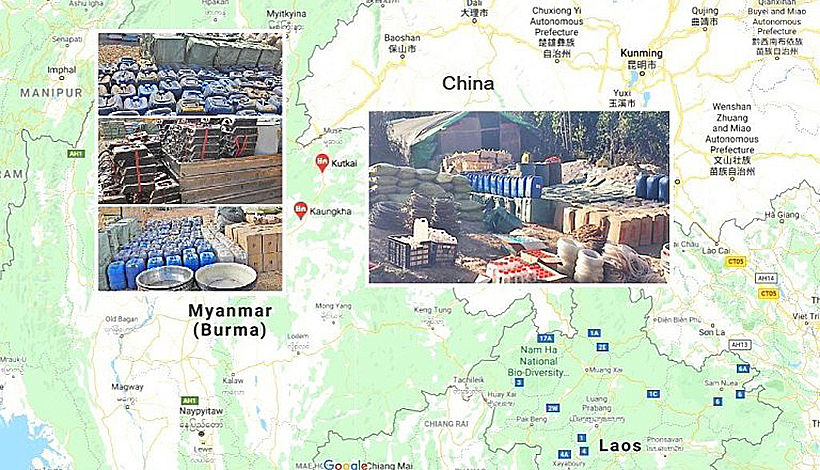 “We will also keep implementing security measures in the surrounding areas.”

Zaw also told media that some of the drugs and precursors to make meth pills were buried.

In a possibly related development, two Chinese suspects were yesterday arrested in Tachileik for a grisly double murder in Pattaya.