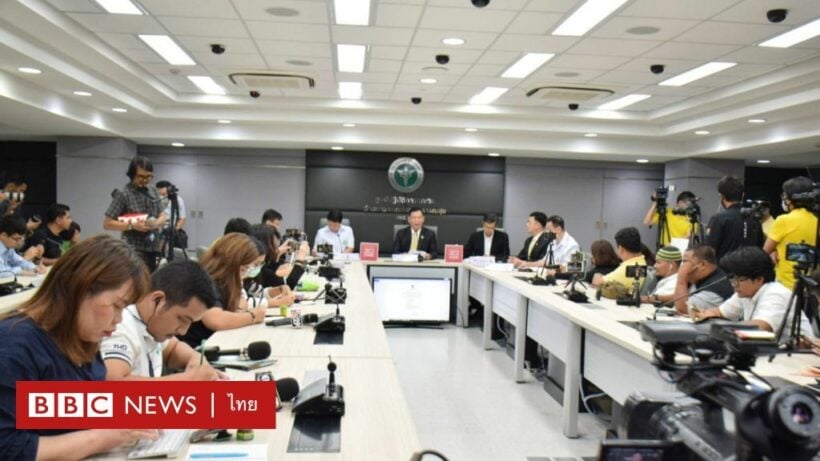 A document from the Bangkok Disease Control Department has confirmed that there was a 35 year old Chinese patient at Phuket’s Vachira Hospital with coronavirus last month. The documents were made available at a media conference confirming the latest figures from around Thailand yesterday. One of the listings of confirmed cases was the Phuket patient (below).

The patient’s listing was for February 3.

The information came to light on a Thai media outlet called The Southern TH, and has been shared on many other local Phuket media outlets, including Phuket People’s Voice and Newshawk Phuket. The report was also made on the BBC Thai.

The commissioner of the Bangkok disease control department said in the regular press update about Covid-19 around Thailand that the documents “are real documents, but internal documents for medical personnel”.

“The documents weren’t for the general public as they didn’t want people to panic”.

The commissioner also said that there were currently 3,895 people around Thailand who were under observation. And 8 people had been identified upon arrival at the Phuket International Airport with routine screening and currently isolated pending tests.

Vachira Hospital Phuket held a media conference on March 3 and told the attending media that there were no confirmed coronavirus cases in Phuket. Two days later the Bangkok Disease Control Department confirmed that there had been one confirmed case.

Further official comments have not been made by officials at Vachira Hospital Phuket as of the time of publication. It is not known if the patient is still under care at the hospital. 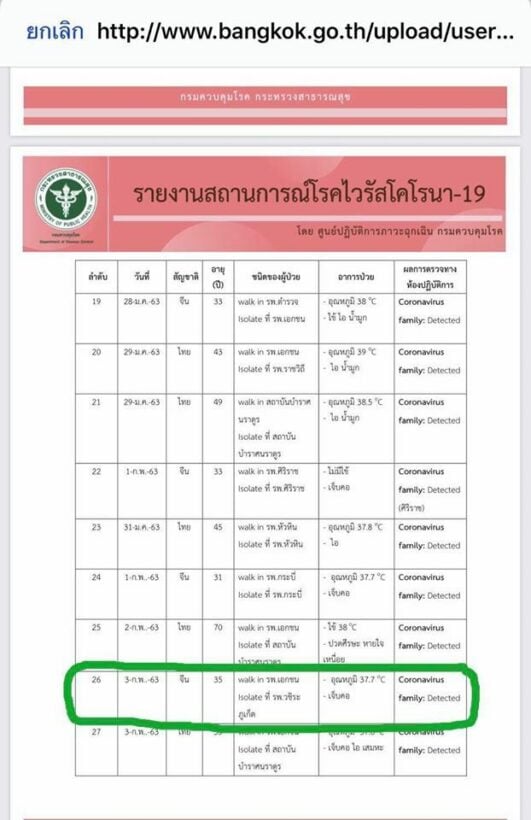