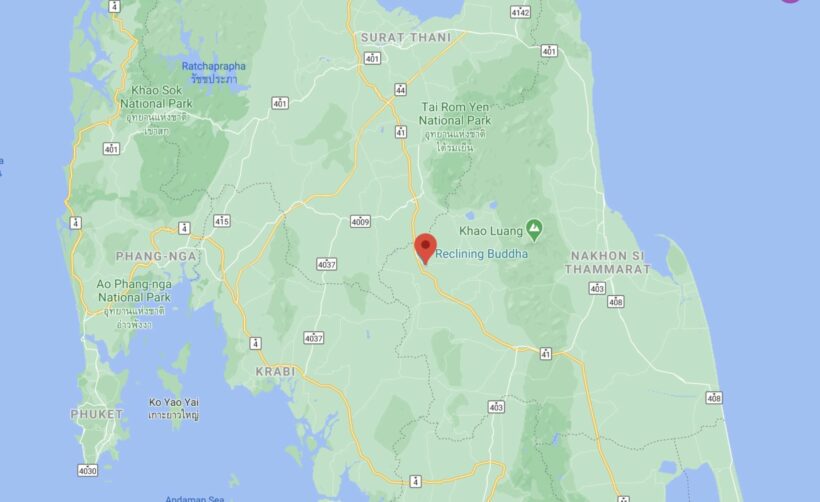 Four people have been killed during a Nakhon Si Thammarat wedding reception in the Tham Phannara district. One other person was seriously injured in the hail of bullets. Local police report that the incident occurred around 11pm on the road outside the house where the reception was being held in the Dusit tambon village.

Two of the dead people were the recently married couple, 31 year old Aroon Phothavorn, and 24 year old Darawan Boonmeechai. Police report that the reception started early in the evening when the bride’s ex-boyfriend attended the event. It is not known if he was invited or not. As the evening progressed the groom and the ex-boyfriend started arguing, eventually ramping up into a full fistfight.

Darawan and other guests tried to intervene, eventually expelling the two and letting them sort out their differences on the street out the front of the house. Of course, half the reception followed to witness the fighting, but they quickly fled as shots were fired. Both the bride and groom lay critically wounded on the road, with multiple bullet wounds fired by the shooter. Three other wedding guests were shot and wounded in the incident, all aged between 25 and 47. Spent shells from a reported 3 different guns were recovered from the scene, according to Bangkok Post.

Narongrit and Kanchit were rushed to the Tham Phannara Hospital, in central Nakhon Si Thammarat, where they were pronounced dead. Another guest was admitted to Thung Song Hospital with critical injuries.

Police are now speaking to the wedding party witnesses to determine what happened and who fired the guns.