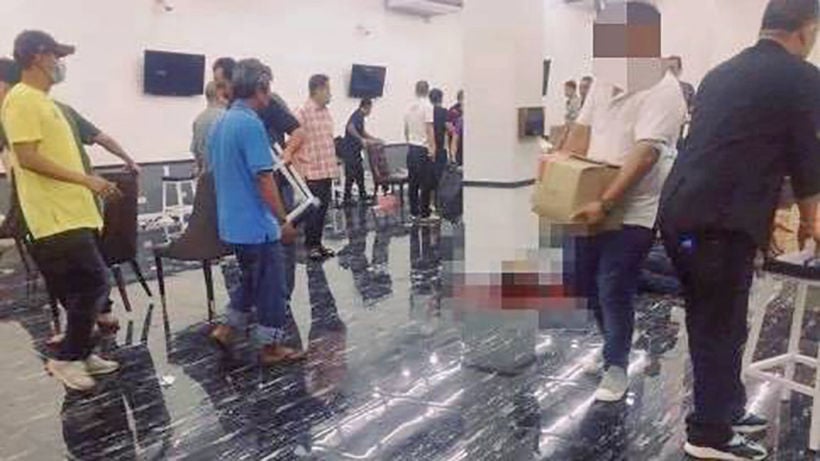 In the ongoing saga of Monday’s fatal shooting a Bangkok gambling den, a suspect surrendered to police today for shooting dead a gunman in the illegal casino in Bangkok’s Yannawa district. A man calling himself “Boy BanKrua” turned himself in to police and handed in the gun he allegedly used.

The suspect says he shot 61 year old Taworn Sisot, who had already shot and killed 3 others including a police officer, because he was worried that he and many others would be killed by Taworn’s unsteady shooting. His statements support forensic examination, which concluded that the trajectory of shots from Taworn’s gun was erratic. The actual number of shooters involved in the incident is still under investigation.

As for images showing men moving surveillance cameras and other assets out of the gambling den after the shooting, Metropolitan Police Commissioner Pakapong Pongpetra says the suspects will be found and charged for hiding, tampering with or destroying evidence.

Late on Monday night, police received a call about a shootout on Rama III Soi 66 and arrived to find 4 bodies, including those of 2 women, 1 of them Cambodian. 1 of the dead was Watthaseth Samniangprasert, a 32 year old investigation inspector from Samaedam Police Station.

Locals living near the building reportedly say they heard several gunshots from the building at around 10pm on Monday.