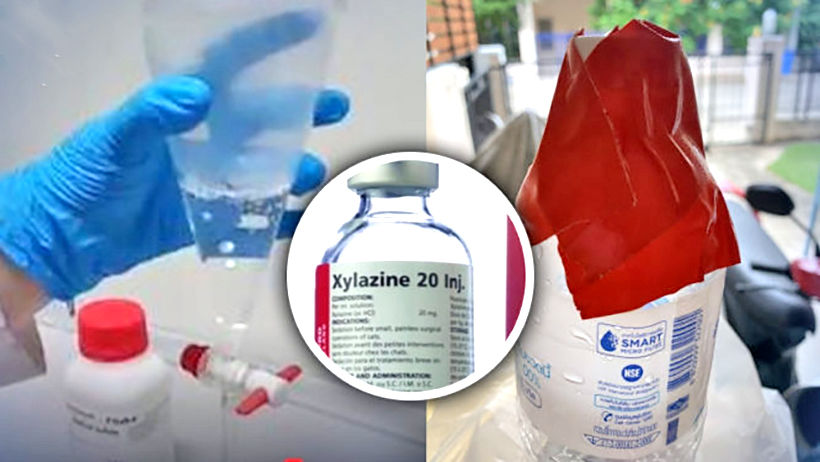 A potentially deadly dose of an animal sedative was found in the water bottle of a runner who was hospitalised and claimed he’d been poisoned after he left it unattended. A chemical analysis of the water in the bottle concluded that, indeed, it was contaminated with a high concentration of the horse tranquiliser Xylazine

The analysis was conducted by a professor at Kasetsart University. The drug was found in the bottle Wirot Silabaht suspected had been poisoned by a would-be thief, as he nearly blacked out drinking it after running in a Bangkok park.

The professor detected small doses of Xylazine that is commonly used to anesthetise mammals, including horses, buffalos and cats, but the amount in Wirot’s bottle would have probably killed him if he he’d drunk it all.

Wirot says he noticed a strange taste in the water after retrieving it following a 30 minute run about a week ago at the Makut Rommayasaran Park, near the Nonthaburi Provincial Court. After his run he returned to his office, but soon felt nauseous and nearly passed out. Colleagues took him to hospital. The bottle was later found to have been punctured near the cap.

The professor noted that Xylazine is normally only sold to veterinarians, but is also sold widely online as it was once a notorious “date rape” drug.