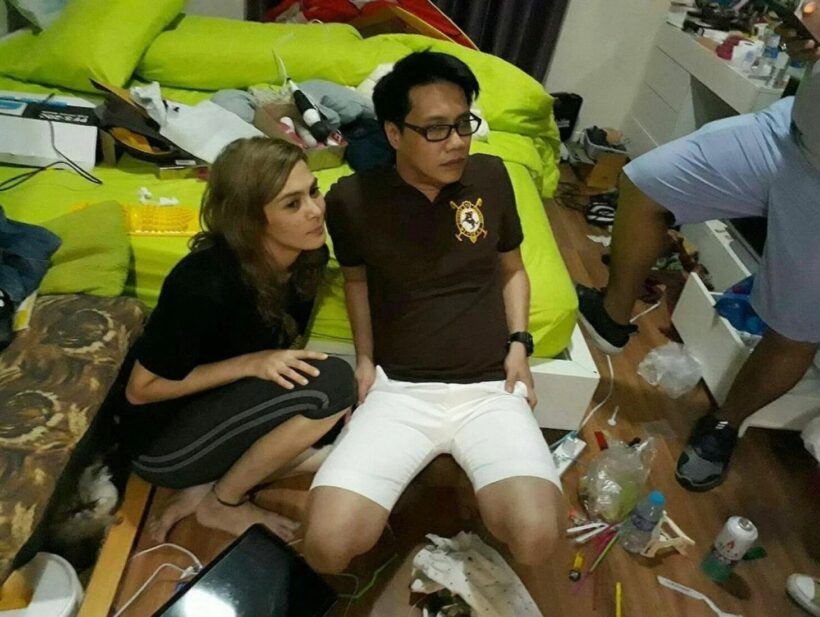 The Appeals Court has refocused attention on the case of TV actress and former Miss Teen Thailand Amelia “Amy” Jacobs, after handing down new sentences were much higher than the initial court’s, with the defendant having reportedly fled the country last year. 30 year old Amelia, was originally sentenced to 3 months in jail, suspended for 2 years, and fined 5,000 baht by the Min Buri Court for taking drugs in August 2018.

On Thursday the Appeals Court revised the sentence and handed down life imprisonment and a fine of a million baht for the drug offence. But the court reduced the sentence and the fine to 33 years and 4 months and 666,666.67 baht, citing her useful testimony. The actress failed to appear for court’s ruling and the sentence was read in her absence.

Amy reportedly flew out the country on August 22 last year, while the suspended jail term was still in effect. A warrant has been issued for her arrest, with the statute of limitations lasting 30 years.

In a Facebook post, high-profile activist Atchariya Ruengrattanapong said the actress left on August 22 last year for Dubai and never returned. The deputy Immigration Bureau chief said his office is looking into her whereabouts but could not disclose the information to the public.

Amelia was arrested along with her boyfriend, Punyawat Hirantecha, at a house in Bangkok on September 19, 2017, following the arrest of a man who claimed he bought drugs from Punyawat. Crystal meth was found in his possession.

Isaan man arrested for drug use while driving