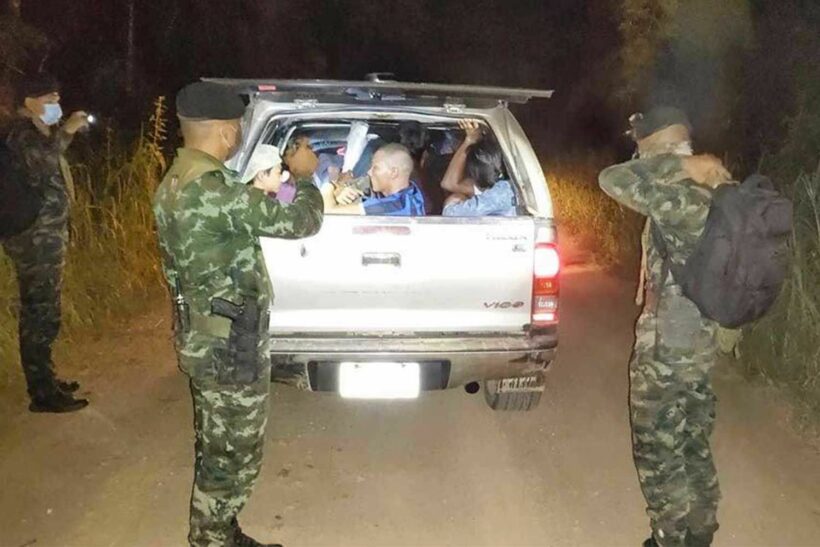 Authorities in Kanchanaburi arrested 35 illegal Myanmar migrants and their 2 drivers in the Sai Yok district of the large western province early this morning. 2 pickup trucks travelling on a local road in tambon Sri Mongkhol were stopped for a search around 3:40am at a checkpoint manned by soldiers, police and immigration officers. 15 illegal Burmese migrants were found in the first vehicle, and another 20 in the second. They were arrested.

Their 2 drivers, both also from Myanmar, were arrested as well.

The drivers reportedly told police they were each paid 2,000 baht per trip to take illegal migrants from a border area in tambon Sri Mongkhol to Kaeng Sian village in Muang district of the border province.

The migrants told police they were from Dawei town and sneaked into Thailand along a natural border crossing. They said they wanted to work in Thailand.

All arrested were taken to Sai Yok police station for legal action. The drivers were charged with aiding and abetting illegal immigration, and the migrants with illegal entry. 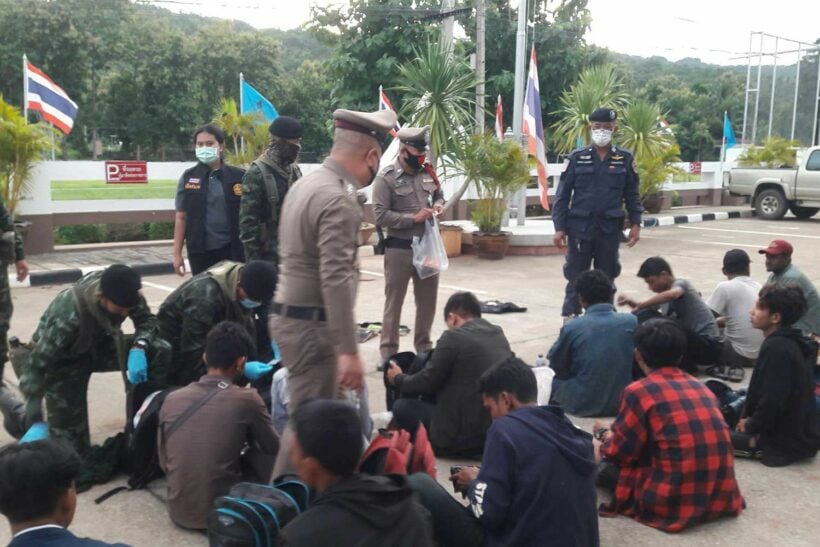