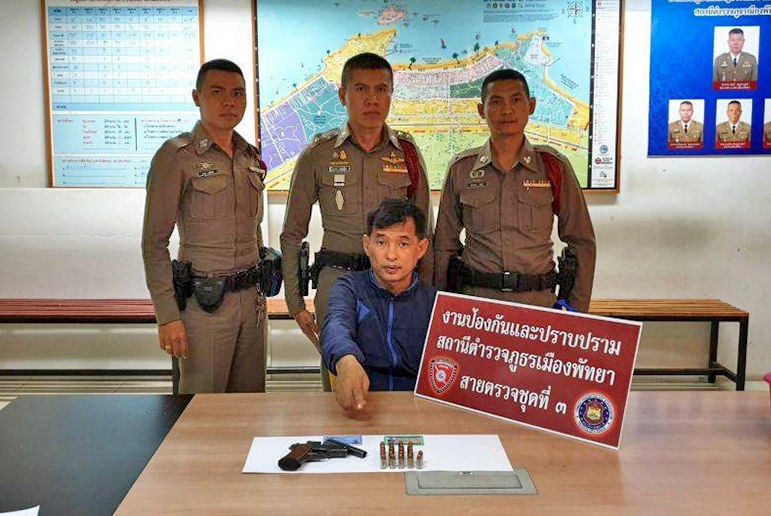 A 42 year old Thai man has been arrested, not far from the same Pattaya checkpoint where a 26 year old man was earlier arrested with a live grenade. Police responded to a complaint that someone was firing a gun on Soi Bun Bunkaram 5 around midnight on December 29.

Officers, and a reporter from The Pattaya News, found 42 year old Sanya Chakkeaw behind the wheel of a pickup truck which was idling but parked at the time.

The suspect was acting suspiciously, so police inspected the truck and discovered a pistol hidden under the drivers seat.

Chakkeaw admitted the weapon was his but didn’t admit to firing it. He was arrested for illegal possession of a firearm and remains in police custody. Mr. Chakkeaw does not have a license to own a firearm, according to police. 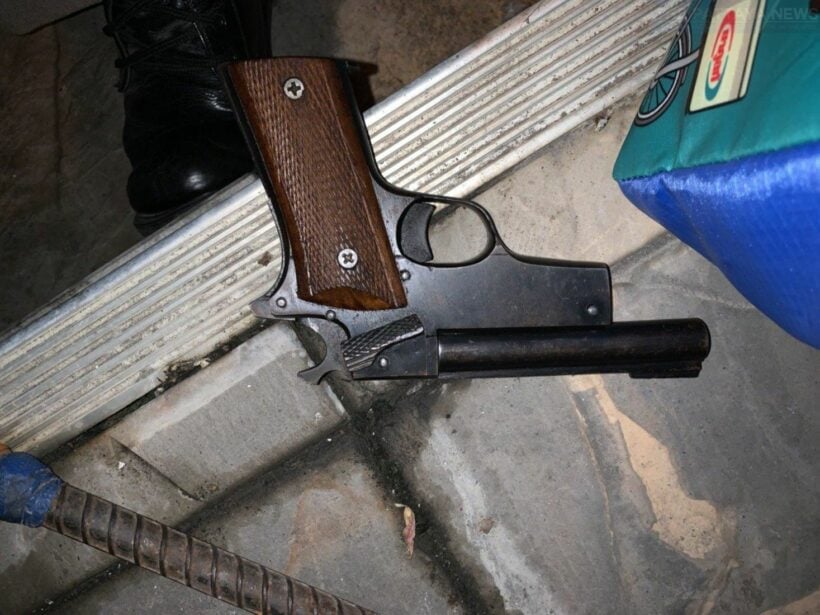