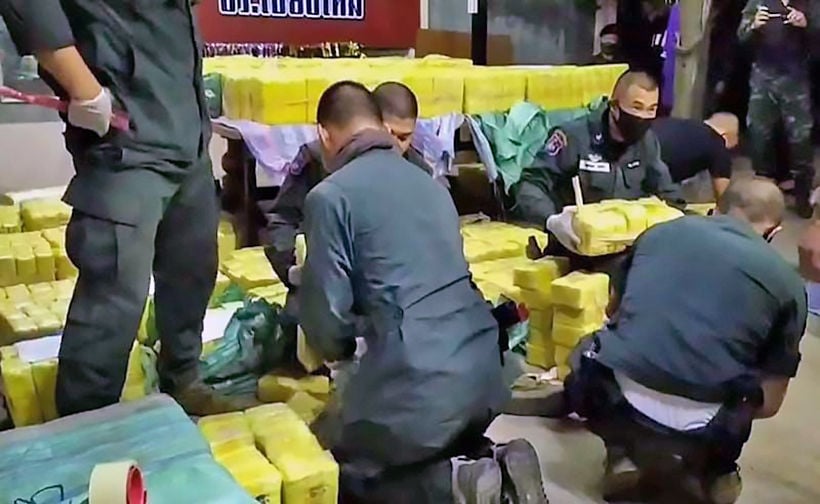 Police in Chiang Mai have arrested 2 men and a woman in the province’s Fang district when they found 14 million methamphetamine pills, aka. “yaba”, in one of their 2 vehicles. Officers got a tip on Friday that drugs would be smuggled into the district and set up road checkpoints, according to the deputy national police spokesman.

At around 12:30am, officers spotted a suspicious pickup truck on the Fang bypass road. They followed the vehicle to a hotel in tambon San Sai. Officers checked with the hotel operator who told them that a woman had parked the pickup at the hotel and checked in. They went to her room to question her.

The woman, Phitsamon Samaknakhon, told them she drove the pickup, following another along the route. 2 men, Suthat Nonthong and Yodrak Klangna, boarded the vehicle and were staying in other rooms at the same hotel.

Officers found the 2 men inside their rooms and took all 3 suspects back to the pickup truck. When they opened the rear door of the pickup, they found 77 sacks containing 14 million speed pills inside. The trio were arrested and charged with possession of illicit drugs with intent to sell. They were taken to the Fang police station for questioning and pressing charges.