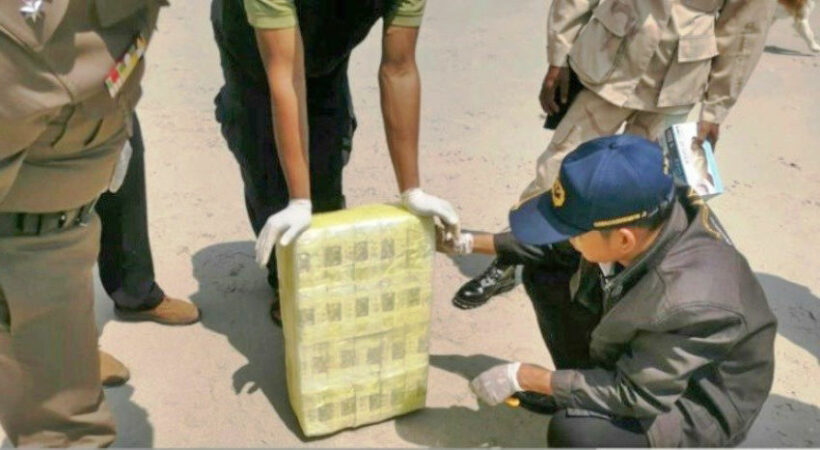 It’s been a busy week for the Office of the Narcotics Control Board (ONCB), as police in Trat province seized 100 kilograms of crystal methamphetamine, or “ice,” found washed ashore on two beaches. Nineteen packets of the drug were found on Koh Mak beach, and another 81 packs on Koh Kut beach. Trat is the easternmost province along the Thai coast. It has borders with Chanta Buri to the northwest and Cambodia to the east.

The seizure follows the arrest of two major drug suspects and the seizure of more than 5 million speed pills in Ayutthaya, north of Bangkok.

The ONCB is working with narcotics suppression police and the Royal Thai Navy to find out where the drugs came from. It’s suspected that they might have been thrown into the sea during a smuggling operation or awaiting transport.

Local residents who spot suspicious packages floating ashore are urged to alert local police and the ONCB. Cash rewards are offered to those who provide clues.

Chinnaphat Sarasin, chief of the Narcotics Suppression Bureau (NSB), said yesterday that police in Ayutthaya arrested a man and a woman in a drug raid at a rented house. In it they found 17 sacks containing about 5.5 million speed pills. 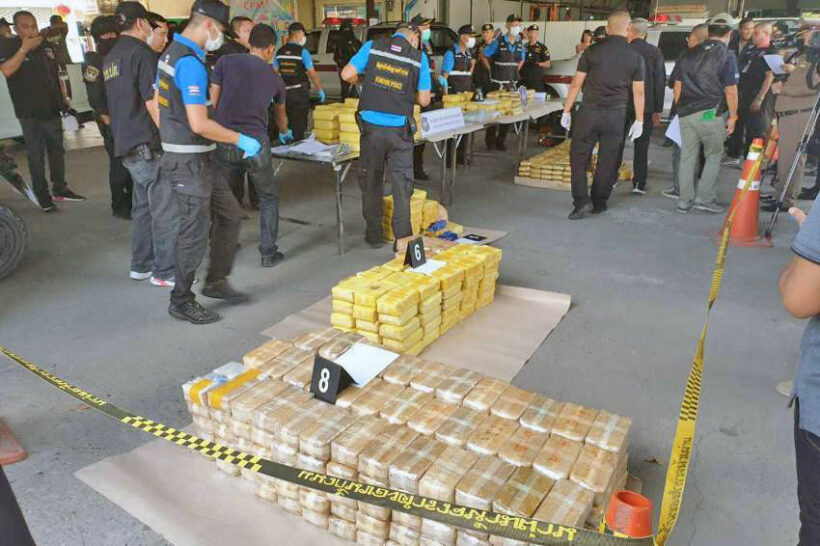 27 year old Lerdmongkhol Boondee, and Somwang Jitchan, aged 51, have been charged with possession of illicit drugs with intent to sell.

The arrests follow an investigation that began when the NSB arrested three drug suspects in separate raids in Nakhon Pathom and Ayutthaya last year. The trio confessed buying the drugs from Lerdmongkhol, according to police.

Help is on the way: 100 billion baht stimulus package passed