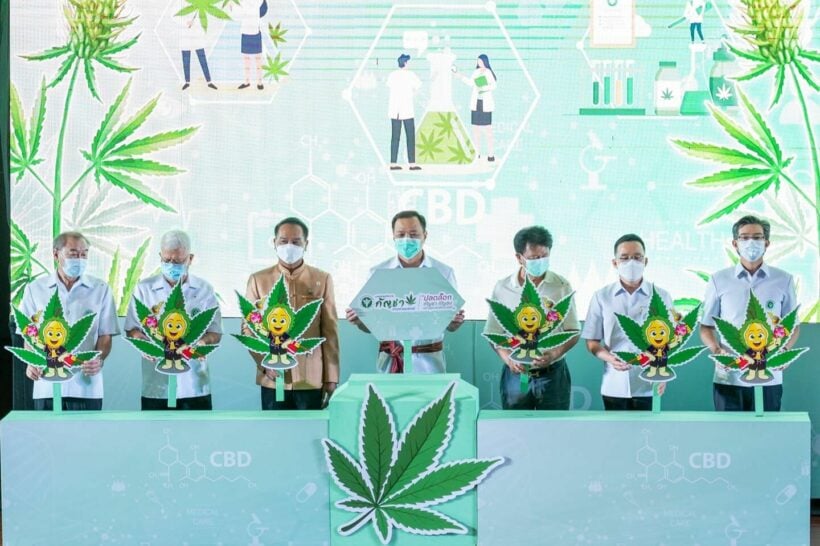 People in Thailand will be allowed to grow “as many cannabis plants” as they like in their own homes from June 9, according to Thailand’s health minister and medical marijuana pioneer Anutin Charnvirakul. However… if you don’t read the fine print you can still get into trouble with the law. As usual, the fine print is confusing.

Bottomline, don’t be planting high grade marijuana and smoking it in Thailand just yet.

Condition #1: The plants must be “medical grade cannabis” used for medicinal purposes only. Growing marijuana for recreational use is not allowed.

Right now, no clear details have been revealed about how one proves their cannabis plant will be used for medical purposes, or about which authorities need to be informed and how. Hopefully, Anutin will extrapolate on these points prior to June 9.

At Anutin’s latest medical marijuana conference at Sisaket Rajabhat University, the health minister reminded everyone that marijuana was removed from the list of illegal narcotics in February and the 120 waiting period after the delisting will be up on June 9.

Apparently, there are around 100,000 patients in Thailand currently receiving marijuana-based medications to treat their illnesses.

Anutin encourages farmers and entrepreneurs to research and utilise the economic potential of the plant and implement marijuana into their crops and products. He wants marijuana to “relieve the economic hardship of the people”.

Currently, it is legal in Thailand for registered companies to sell marijuana products which contain less than 0.2% THC. Anutin hasn’t yet addressed whether the THC content of home-grown plants can or should be controlled.

Anutin’s face keeps popping up in Thai media and cannabis remains a hot topic. His Bhumjaithai Party garnered 51 MPs elected to parliament, on 10% of the total vote, in the last election, on the back of his pro-marijuana platform. Thailand’s reforms on the cultivation and use of cannabis-based plants is based solely on the ruling Palang Pracharat party appeasing their coalition partner.

HolyCowCm
Ridiculous moronic nonesense charade. Either let the people have the real deal with a couple of plants or they need to stop floating the story that growing is ok. LEEHAI
The votes have been cast and the winner is, of the title of being the most absurd is, 'drum roll', 'The Morons…

riclag
10 hours ago, Pompies said: The words "raving looney" come to mind. Anutin is a past master at opening his mouth before his brain is engaged, and once again he spreads nothing but confusion. The other departments must be tearing…
Marvin
In America the states that allows the use for medical cannabis started this way - only for medical use. Then the fake medical cards starting showing up, than it was legalized. Wasn’t long after all kinds of cannabis shops started…
AmbientMopar
Thanks The Thaiger for posting this Article about cannabis we will see what happens come June the 9th hopefully it's gonna be something good look for the people and citizens of Thailand.