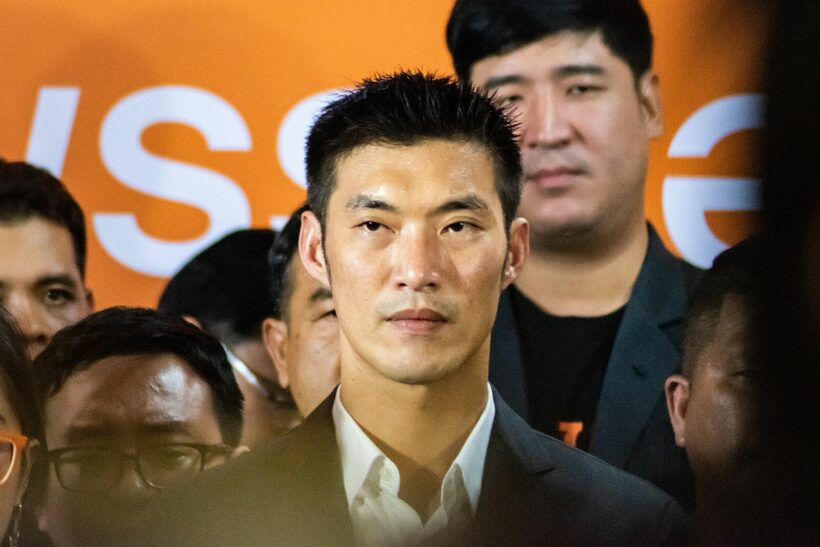 Public prosecutors in Thailand have indicted Progressive Movement leader Thanathorn Juangroongruangkit on a lèse majesté charge and for violating the Computer Crime Act on Monday. The charges centre on remarks he made during a livestream talk he gave last year, in which he discussed the government’s procurement of the AstraZeneca vaccine, and allegedly casting indirect suspicion on His Majesty the King.

After the indictment, Thanathorn was temporarily released on bail. Outside the court yesterday, he told reporters that he intends to contest the charges, which he thinks are politically motivated, saying…

“It is clear that I am one of the key opposition [leaders] and I think the objective is to silence me, to make the public afraid. So if we can keep silent, keep our mouths shut, they win.”

Police accused Thanathorn, who is the chairman of the Progressive Movement, of criticising the government for delaying its obtaining of Covid-19 vaccines, as well as for relying too heavily on the Astra Zeneca vaccine, supplied by Siam Bioscience Company. Thanathorn made the remarks during a speech that was broadcast on Facebook Live on January 18 last year.

Siam Bioscience was founded in 2009. It is financed and owned by a subsidiary of the Crown Property Bureau. The company has struck a deal with Oxford University and Astra Zeneca to produce the vaccine in Thailand using their technology, with the goal of administering the vaccine locally, as well as distributing it to other countries in Southeast Asia.

The indictment alleged that Thanathorn’s statements, which were published online, were intended to make the public look suspiciously at Thailand’s head of state. He has been granted a temporary release by the Criminal Court on a surety bail of 90,000 baht.

Thanathorn was the former leader of the Future Forward Party which polled the third highest number of votes in the 2019 general election, relegating the formerly powerful Democrats into fourth position.

Shade_Wilder
In Thailand... If you are an opposition figure, you will be charged with something. If you are a coup leader, you become PM. Thai-style Democracy...

TheDirtyDurian
Prayut scared of the future.... Interesting how he's at odds politically with his uncle Suriya though.

JustAnotherExpat
This is a touchy subject to engage in. The "other forum" had it open to comments yesterday, shut it down today.
KomanderChicknNugget
Prayut has got a major hard on for this guy. Seems like they are constantly cooking up charges against him. Maybe, with people like him in politics, there is hope for Thailand after all.

You can grow ‘as many cannabis plants as you like’ in Thai homes from June 9, but…