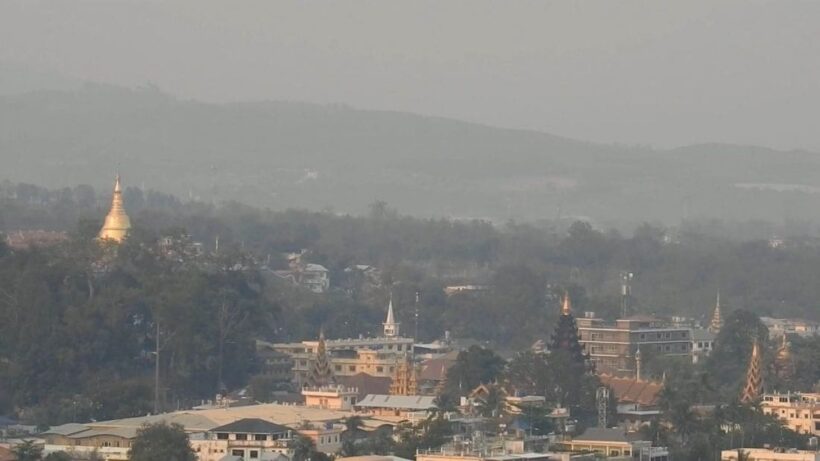 The harmful haze is being worsened by smoke from forest fires on the other side of the Myanmar border, with a satellite images showing 1,035 hot spots in the neighbouring country, and another 516 in Thailand (123 of which were in the North, with only two in Chiang Rai).

Readings around Chiang Rai at noon

Chiang Rai Governor Prajon Prachsakul is urging local officials to implement problem-solving measures and to coordinate with the Thai-Myanmar Township Border Committee in an effort to get Myanmar to strictly implement measures against outdoor burning and forest fires.

According to the Thai Pollution Control Department, PM2.5 particulates in the nine northern provinces ranged from 29mcg to 117mcg as of 9am yesterday.

Chiang Mai, meanwhile, was once again enveloped in haze after a period of better air since March 5.

Phayao – in the midst of combating multiple outbreaks of forest fire – reported that officials had put out a fire that damaged 100 rai (16 hectares) in tambon Dongjen of Phukamyao district, which stemmed from villagers lighting fires while poaching for forest products.

Two Bangkok Airways flights from Chiang Mai to Mae Hong Son – PG251 at 9.20am and PG352 at 10.35am – were cancelled yesterday due to visibility problems. 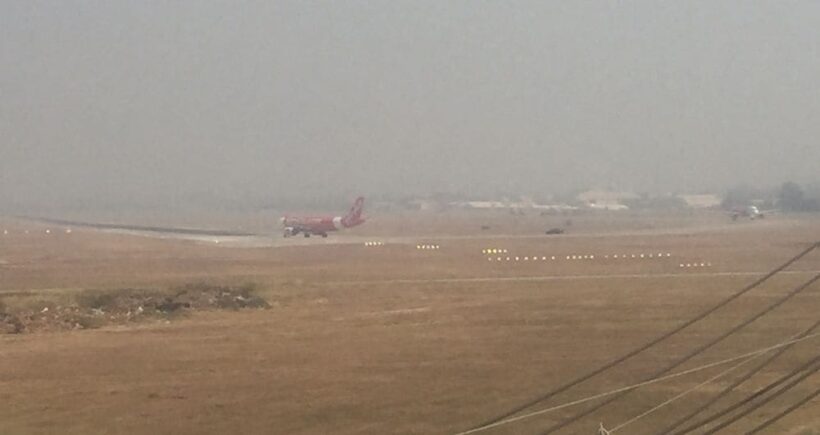 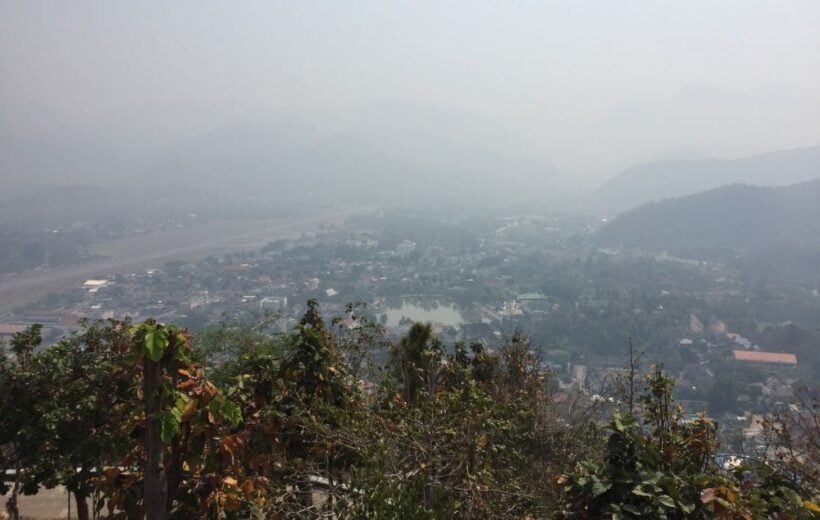 American all smiles after getting nabbed over convenience store theft