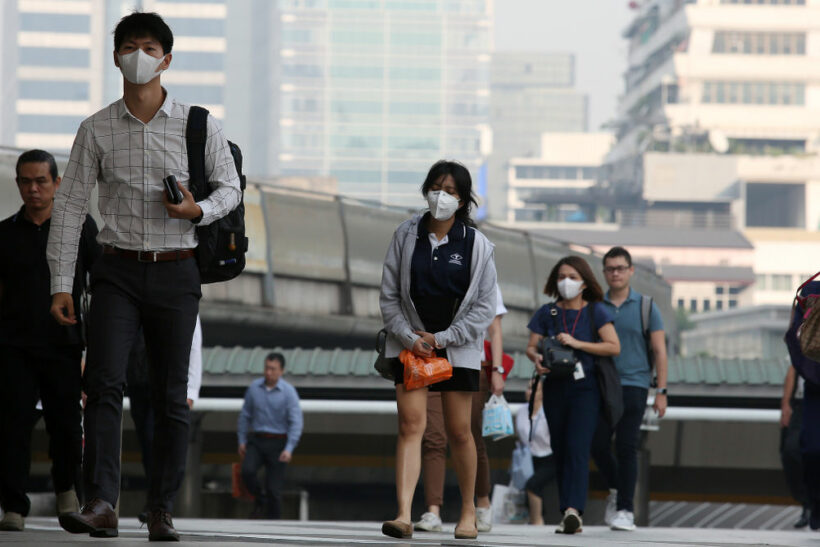 The Public Health Ministry is preparing to deal with the health impacts of an increase in PM2.5 particles, which usually occurs from December in parts of central and northern Thailand.

The Nation reports that officials from the Ministry met in Nonthaburi province, central Thailand yesterday, to host a video conference with doctors in health centres across the country. The government’s strategy appears to be treat the symptoms again rather than addressing the problem at its source.

It’s understood that during the video conference, the Ministry’s Permanent Secretary, Dr Sukhum Kanchanapimai, spoke to doctors about the expected deterioration in air quality and asked them to provide information to their patients.

Dr Sukhum says medical professionals are being asked to monitor certain categories of patients, in particular the elderly, children, and those suffering from asthma. They must also submit weekly reports and open a Public Health Emergency Operation Centre if particulate levels exceed 75 micrograms per cubic metre over three days.

“The Office of the Permanent Secretary is ready to open the Public Health Emergency Operation Centre at four levels – in provinces, health zones, departments, and ministries.”

A Thai grandmother, a stroke, four dogs and a cat = musical magic