A passenger train has derailed during the morning peak hour in Hong Kong. Three people were injured in the incident.

Images from the scene showed three carriages had left the tracks and were zigzagged across the rails near Hung Hom station in Kowloon – a busy interchange that provides services to mainland China.

Passengers had to leave the train through a broken door and cross tracks on the East Rail line to make their way to safety.

The cause of the derailment was still under investigation but there was no immediate suggestion of foul play after previous attacks by pro-democracy protesters on the city’s mass transit system.

Train services between two stations on the line had been suspended due to the accident, according to the MTR Corporation, the city’s only rail company.

Hong Kong is in its fourth month of political unrest, which has seen millions of protesters hit the streets in the biggest challenge to China’s rule since the city’s handover from Britain in 1997. Sparked by a now-withdrawn bill to allow extraditions to the mainland, the protests have turned increasingly violent with clashes between police and hardcore protesters becoming frequent.

The MTR Corporation has been targeted by protesters since the company refused to hand over CCTV footage of police last month beating demonstrators and passengers on a subway train.

Protesters have vented their fury by vandalising entrance barriers and ticketing machines and smashing windows in several stations.

In March, an MTR locomotive derailed and crashed into another train during the testing of a new signalling system. Both trains were badly damaged and the two train drivers suffered only minor injuries. No passengers were on the trains at the time. 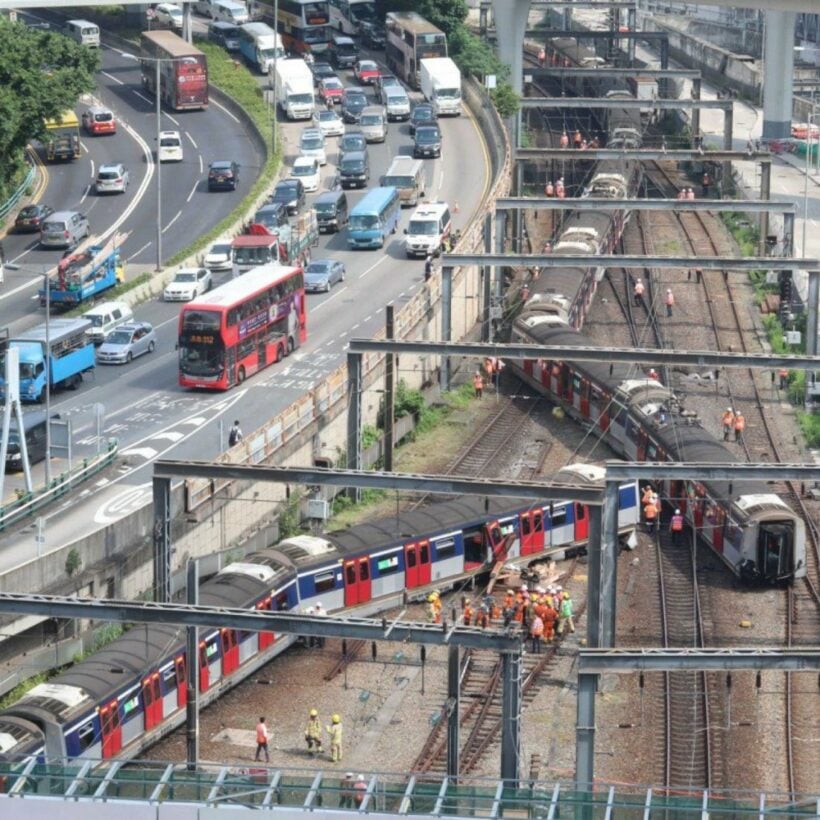