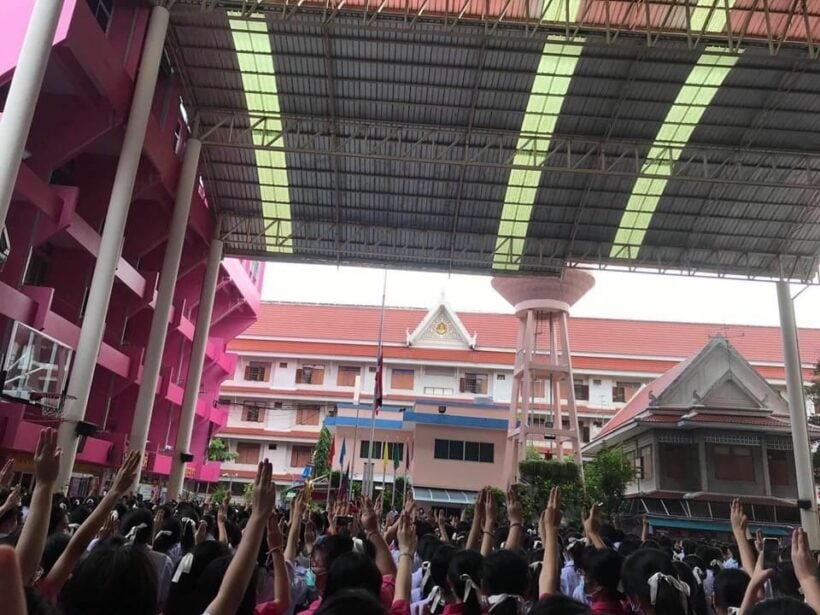 The education minister is warning students to abide by the law when protesting. If they break the law, they can be arrested on campus, he says.

The grim advice comes from someone who has been there, done that. Back in 2014, Education Minister Nataphol Teepsuwan was arrested as a protest leader for the People’s Democratic Reform Committee.

Teepsuwan slipped in the warning during a forum on Thailand’s new education model he’s promoting which is planned to make big changes to the national curriculum. His comments on potential arrests were in response to the recent pro-democracy protests during high school flag ceremonies.

He says students should also refrain from disrespectful gestures. A report from the Thai Enquirer did not say if certain gestures could lead to arrest. The 3 finger salute, which is used in the movie “Hunger Games,” has been recognised as an anti-military symbol. Photos from daily high school flag ceremonies show crowds of students using the salute. Some student protesters also wore white bows to school, but say the ribbons were confiscated by police.