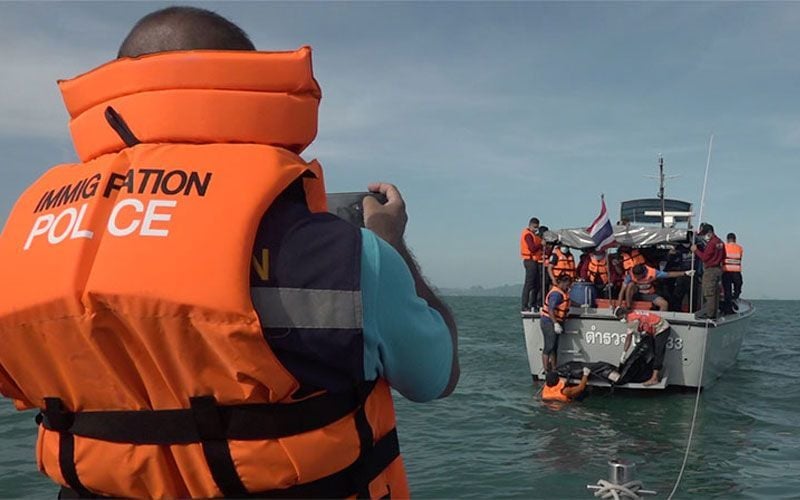 18 year old Tiwakorn Vacharit was a crew member on the ferry and 47 year old Chaichan Laosap was the driver of a 10-wheel lorry. The divers found the bodies on Monday, but could not retrieve them until Tuesday morning due to the gulf’s undercurrent.

On August 1, the ferry was heading from Koh Samui to the Don Sak pier on the mainland in Surat Thani. Around 10:30pm that night, high waves, rain and wind caused the ferry to capsize. The ferry was carrying 12 crew members and 4 passengers along with 3 garbage trucks.

9 people were rescued by ferries that were in the area. 2 people were found at Koh Taen, a nearby island. The bodies of 3 others were found in the first few days of the search.

The Surat Thani governor said he has instructed authorities as well as Raja Ferry to work out compensation for the families of those who died in the sinking.