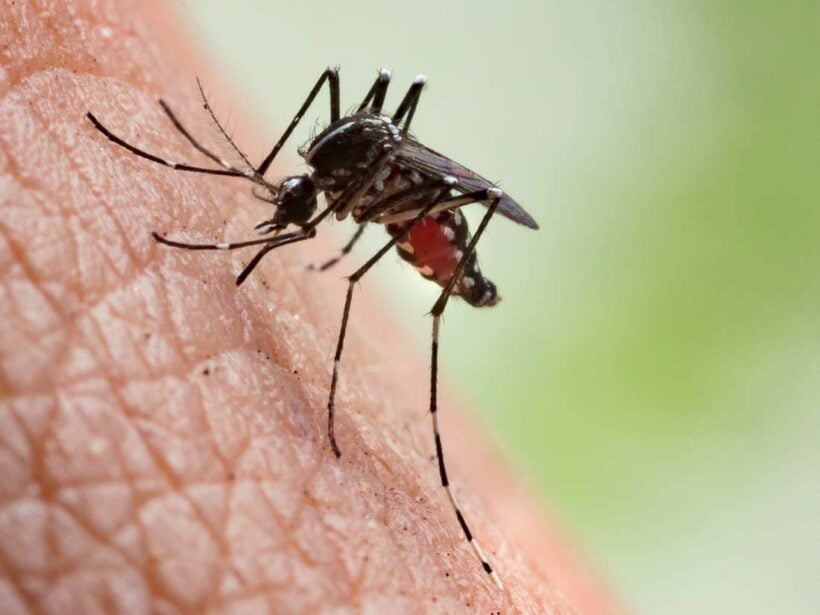 While the Covid-19 outbreak is easing in Thailand, there is growing alarm over a nationwide outbreak of dengue fever, which has sickened nearly 6,000 children already this year. On June 2, Thailand had recorded 15,385 cases of dengue fever, which killed 11 people, according to the director-general of the Department of Disease Control.

More than a third of those cases, 5,828, have been children aged 5 – 14, 4 of whom died. Delaying treatment, underlying medical conditions and obesity all increase the chances of the mosquito-borne virus being fatal.

A recent investigation found mosquito larvae are still prevalent at Thai school campuses, some which are set to reopen on Monday as more Emergency Decree restrictions are lifted. Most were found in unused containers, plant pots, and old tyres, places where stagnant water is allowed to collect.

“The rainy season, which creates puddles of water that serve as breeding grounds for mosquitos, is the main factor that is boosting the outbreak. I would like to ask people to look out for unused containers that might become breeding grounds in households.”

Health officials in Isaan’s Ubon Ratchathani province revealed they’ve recorded 800 cases of dengue so far this year, a small number compared to the 8,000 with 10 deaths recorded last year, but still cause for worry, according to the DDC.