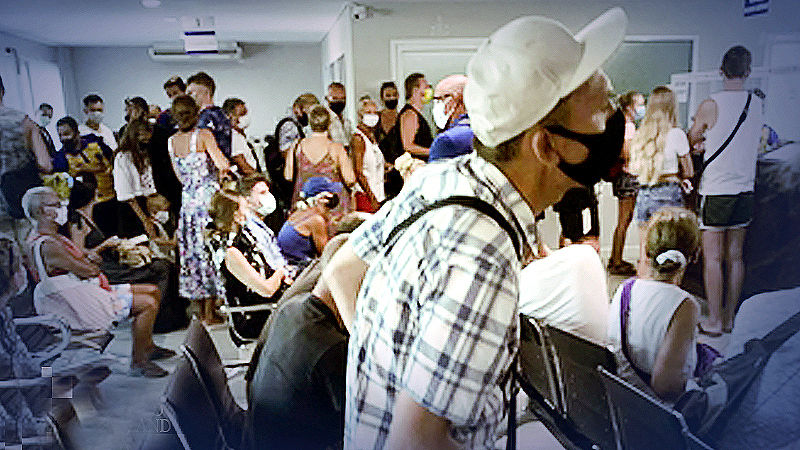 “All foreign nationals are advised to closely monitor the Immigration Bureau’s website for updates, though the measures announced on Wednesday are valid until April 30 unless otherwise updated.”

The visa amnesty has been announced, hopefully relieving some of the stress on stranded tourists and other foreigners that have ended up without flights or ways to get home. Many flights have been cancelled, confusion has made people miss flights or their home borders may have been closed.

The Immigration Bureau has now announced, after a few false starts, that it is granting visa relief for all foreign nationals who have found themselves marooned in Thailand. The announcement is now up on the bureau’s website.

• Visas that have expired from March 26 onwards will be automatically extended to April 30.

• Foreigners who are due to file their 90 day reports, between March 26 and April 30, are also temporarily exempted.

• Foreigners with border passes will be allowed to stay in Thailand for now but will be required to leave Thailand within 7 days once the borders are opened again.

Tourists, expats and other visitors have been forced to queue up, sometimes in cramped or hot conditions, putting themselves and the immigration officials at risk.

Meanwhile, many Thais remain stranded overseas with the government’s latest edict to allow only 200 Thais to re-enter the country each day so that quarantine facilities can be prepared for them – they will not be allowed to return to their homes until they have spent 14 days in a government-controlled quarantine area. 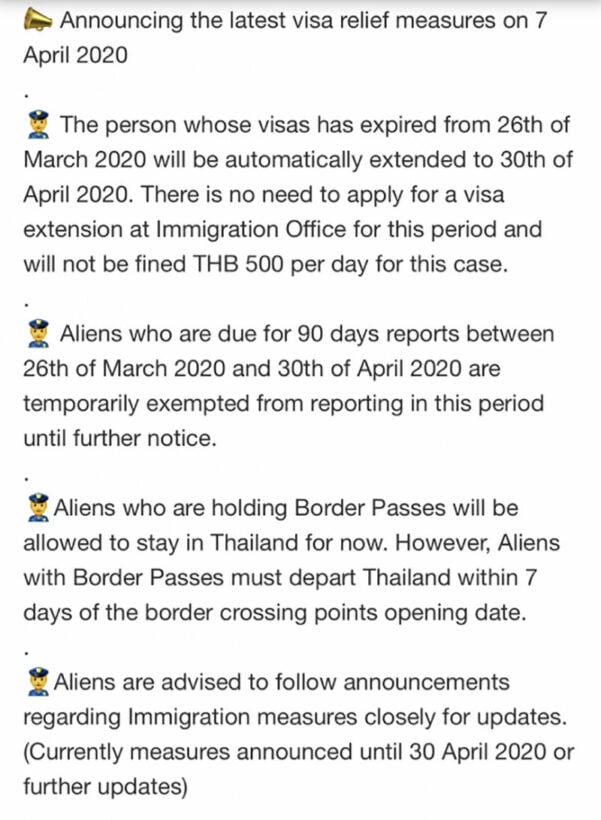