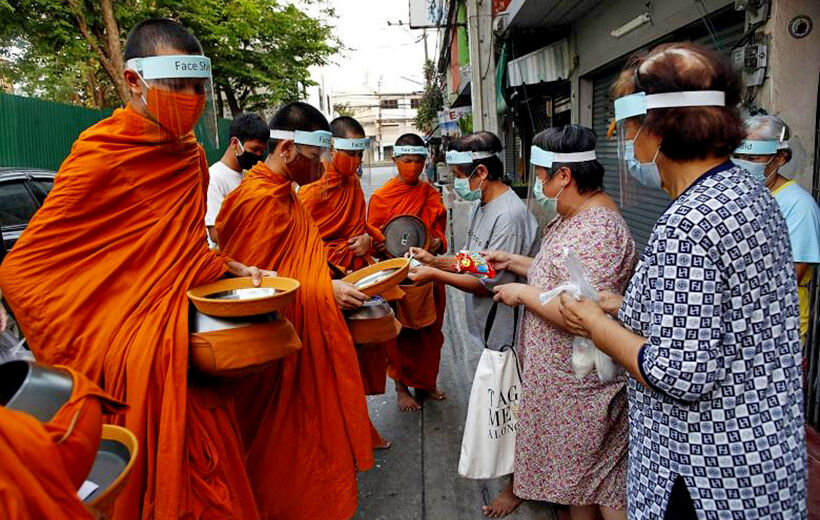 Some new restrictions have been introduced and others tightened as the Thai PM Prayut Chan-o-cha announced the latest list of restrictions taking effect from today. The latest list was published in the Royal Gazette yesterday and are now in force.

On Friday the BMA suggested that restaurants in Bangkok may be prevented from providing in house dining, and providing take away services only. As of today, customers will still be allowed to eat in restaurants and weddings are still allowed, under certain conditions. But alcohol consumption won’t be allowed inside restaurants under the new orders.

The restrictions pertain mainly to 28 ‘red zone’ provinces around Thailand (list below).

Yesterday morning 315 new Covid-19 infections were announced, of which 294 were local transmissions. And later yesterday an additional 541 cases, mostly migrant workers from the hotzone Samut Sakhon province, were also announced. These cases will be added to this morning’s tallies when the CCSA convenes its daily media briefing. 64 people have died in Thailand from Covid-related disease since the outbreak began in February last year.

The latest directives have been announced in the Royal Gazette yesterday. The new restrictions apply specifically to 28 red zone provinces, which includes Bangkok. Here’s the list of those provinces now deemed as red zones (in alphabetical order) … 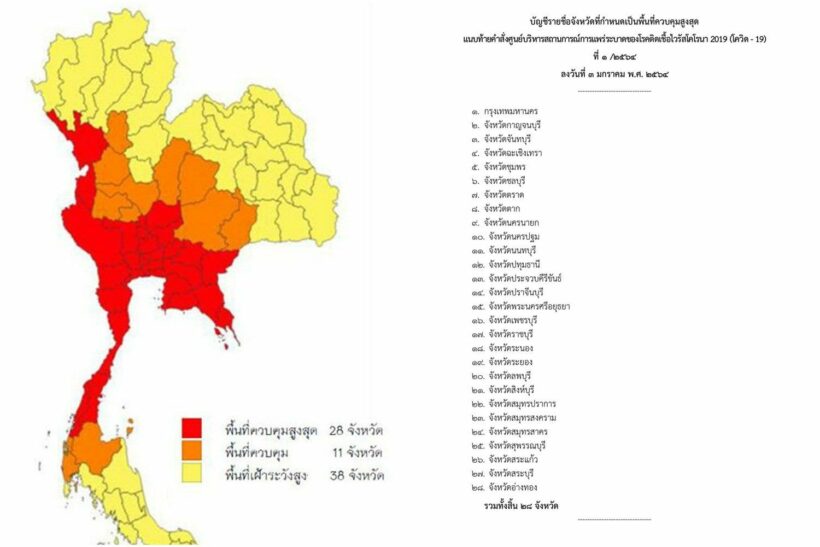 • All schools are closed until January 31, or until further notice. The closure applies to all education institutions and both “informal and formal, public or private” schools. Parents should contact their schools to find out about alternative online teaching arrangements for affected schools.

• The only exceptions are smaller schools with no more than 120 students, charities, public services with permission from provincial governors.

“• Meetings, seminars, banquets, and food handouts are forbidden, except where they are carried out or permitted by authorities or they take place in quarantine facilities.”

• Provincial governors are are being given the final say to close pubs, bars and karaoke bars in the red zone provinces. In restaurants the number of dine-in customers will be limited.

• Private businesses are being urged to come up with arrangements allowing employees to work from home or stagger hours to reduce the risk of transmission.

Authorities will screen people who travel between provinces particularly from red zone provinces, while those who must travel to other provinces must show evidence of why they are going and undergo health screening.

CCSA spokesman Taweesilp Visanuyothin announced that the government plans to show “some flexibility in imposing the new restrictions” that come into affect from now, saying that the original proposal was “toned down” before being published yesterday.

The CCSA decided not to enforce a national lockdown because of the devastation it would cause to businesses and the wider economy.

“We will not lock down the country because there is an economic cost to pay and everybody will suffer.”

New restrictions in place, get ready for additional screening at airports | VIDEO