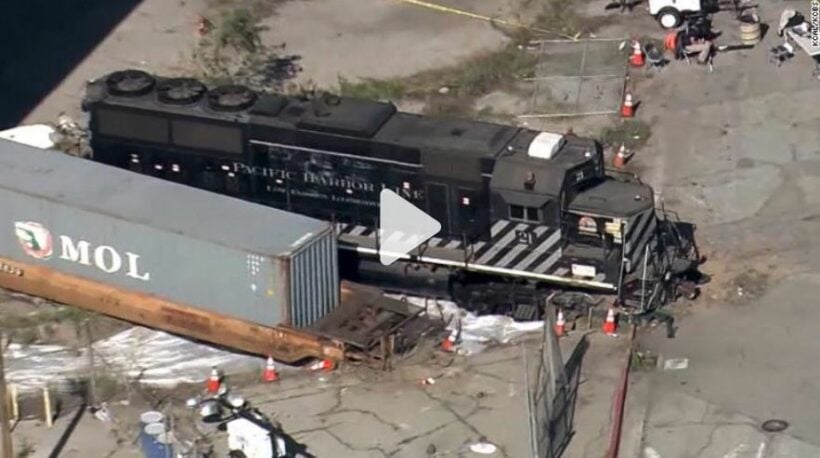 US Federal prosecutors report an engineer deliberately ran a train off the tracks at high speed near the Port of Los Angeles in an attempt to destroy the USNS Mercy hospital ship. The Pacific Harbour Line train derailed yesterday off the end of the track and crashing through multiple barriers, eventually coming to rest about 227 metres from the docked naval medical ship.

Federal prosecutors allege 44 year ol train engineer Eduardo Moreno, of San Pedro California intended to hit the ship, saying he believed it was “suspicious” and did not believe “the ship is what they say it’s for.'”

Moreno allowed the train to steam past the end of the track, crashing through a concrete barrier designed to prevent just such a mishap. The train continued on to smash through a steel barrier and a chain-link fence, slid through one parking lot and then a second gravel-filled lot, careening through a second chain-link fence. It came to rest after passing under a ramp leading to the Vincent Thomas Bridge where it leaked hazardous fule. The train remained in that position Wednesday.

No one was injured in the derailment, but the fuel leak required a hazmat response.

Authorities say Moreno admitted to crashing the train intentionally but said he did not plan it in advance. It is believed that he acted alone however an FBI investigation has found Moreno is a member of a Facebook group that studies train crashes.

He allegedly made statements to a California Highway Patrol officer that included “You only get this chance once. The whole world is watching. I had to. People don’t know what’s going on here. Now they will.”

Officials say video from inside the train’s cab shows Moreno holding a lighted flare during the incident. Speculation is that he had hopes of igniting the fuel after the spill from the crash.

The ‘Mercy’ hospital ship arrived at the Port of Los Angeles this weekend. The Navy’s hospital vessel was brought in to handle non-coronavirus patients, to help ease the burden of local hospitals that are surging with current Covid-19 cases. The ship has about 1,000 hospital beds. 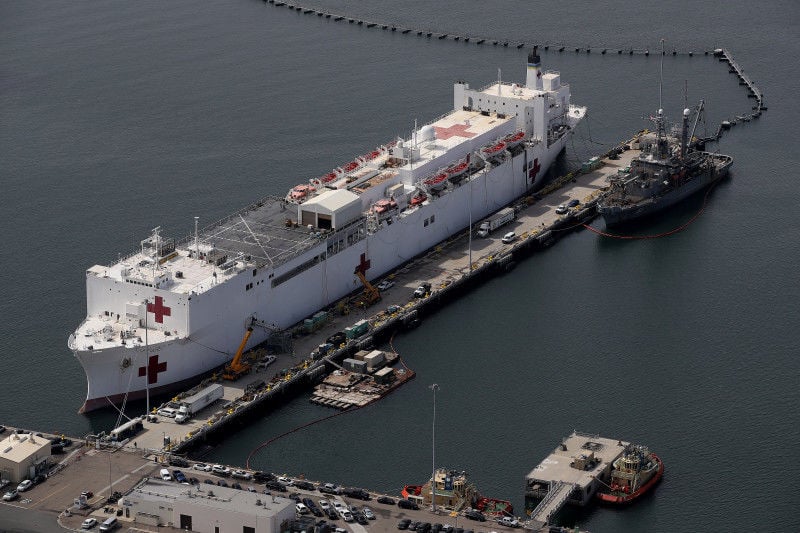