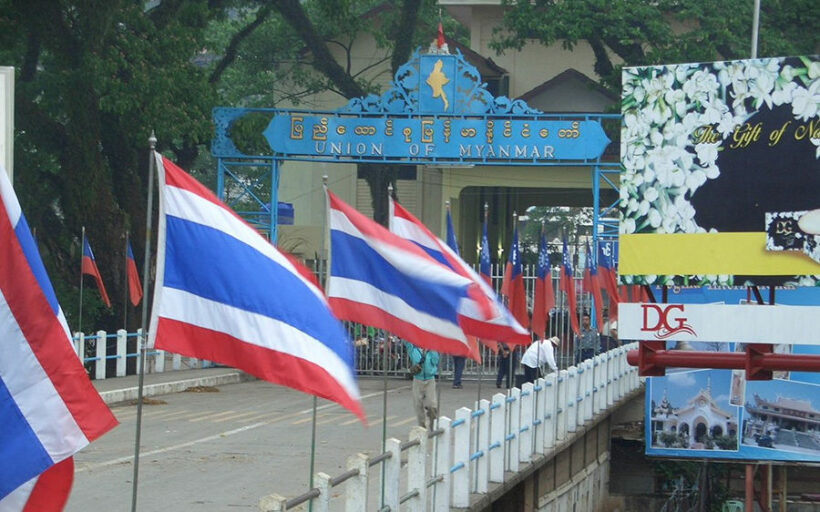 Officials have ordered all provinces bordering Myanmar to increase patrols and surveillance, in an attempt to stop illegal migrants crossing over the leaky borders into Thailand. Myanmar is currently experiencing a spike in Covid-19 infections, leading to concern here that illegal Burmese migrants entering the Kingdom without health checks or quarantine may spread the virus.

Security has been stepped up at all land borders in an effort to prevent undocumented migrants from entering Thailand, with 23 Cambodian nationals detained in Chachoengsao province, east of Bangkok, yesterday, after being smuggled into the country. There have been increasing reports of such arrests, with migrants telling officials of fees paid to illegal agencies to facilitate their crossing.

A report in Thai PBS World says the communicable diseases committee in the northern province of Tak has ordered the closure of 2 official crossings between Thailand and Myanmar, in addition to sealing off 36 natural ones. Mobile Covid testing units have also been sent to the province to screen Thai people living near the border, as well as those arriving from Myanmar. Earlier this week, a doctor in a government hospital made a plea for medical supplies to treat Covid-19 patients from the neighbouring country.

In the southern province of Ranong, officials have increased marine patrols, to intercept boats that may be carrying Burmese migrants. Officials are also asking residents in border areas to be vigilant and report any strangers to village chiefs.