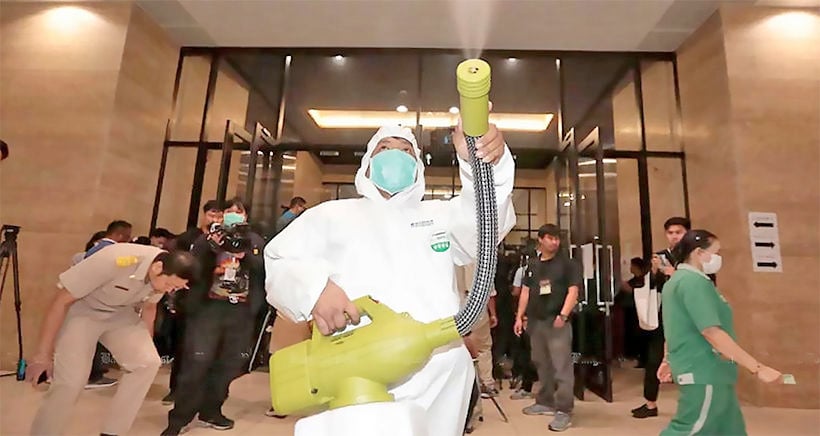 Despite specific admonitions from the World Health Organisation (WHO), Thai Post (a privately owned company) began disinfecting all overseas parcels today in an effort to stem the spread of the Covid-19 coronavirus. The WHO has publicly announced that it is safe to receive mail even from badly affected countries, like China, where the outbreak began.

Thailand confirmed four new cases of coronavirus today, bringing its total to 47 since January. 31 have recovered, while 15 remain in hospital. One person in Thailand has died from complications related to the disease, which first erupted in the central Chinese city of Wuhan in December 2019.

There have been no reports whatsoever of the virus being transmitted by packages posted from overseas, but the plan to disinfect them is one of the latest measures taken by Thai authorities to halt the spread of the disease. Thailand Post’s CEO told reporters:

But in advice to the public posted on its website, the WHO said:

“People receiving packages from China are not at risk of contracting the new coronavirus. From previous analysis, we know coronaviruses do not survive long on objects, such as letters or packages.”

The new cases in Thailand included an Italian male, a Chinese student and two Thai nationals who returned from China and Iran, Suwanchai Wattanayingcharoen, director-general of the Department of Disease Control said in a news conference today.

Singapore coronavirus patients to have their meals, medicine delivered by robot