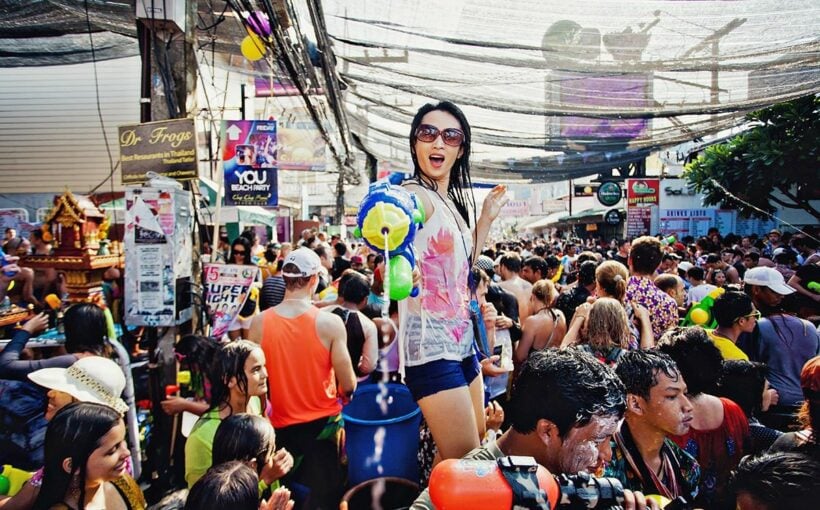 Thai citizens are being dangled a carrot – the chance to celebrate Songkran in July. Usually the annual water festival, traditionally the end of the dry season and the start of the wet season, is held on April 13. The event has become a big tourist magnet over the past decade as it’s morphed from traditional Buddhist festival into organised water fights in the streets of Bangkok and tourist towns.

This year it was cancelled as the country was busy being not busy; locked down in their homes instead of outside splashing water everywhere. But the government says they may still hold a Songkran festival in July instead IF the third phase of the easing of lockdown restrictions goes smoothly this month.

‘Phase 3’ started rolling out yesterday and opens up just about everything excepting bars and pubs, and some other entertainment venues. 16 business types and leisure activities resumed yesterday.  The curfew has also been reduced to 11pm to 3am daily.

Phuket seems to be trailing behind the rest of the country with a ban on its beaches and airport still in place.

CCSA spokesman Dr. Taweesin Visanuyothin says the Government might declare special public holidays in July to celebrate Songkran. The festival, apart from all the water splashing, is the biggest family get-together of the year when people head back ‘up country’ for large family celebrations. The festival is also the most dangerous time on Thailand’s roads each year.

We’re not sure what “improves satisfactorily” means given that there have no recorded local transmutations of Covid-19 for over a week. All the latest cases are from Thais repatriating on specially organised charter flights from overseas whereby all arrivals must spend 14 days in supervised quarantine.

There is still a state of emergency in effect until at least the end of the June which provides Thai PM Prayut and his appointed committee in the CCSA sweeping powers to address the Covid-19 situation in Thailand without consulting parliament.