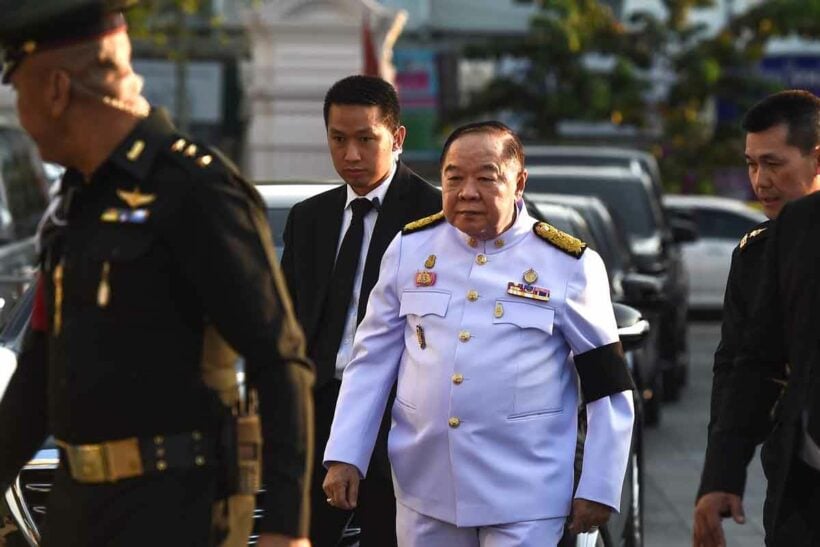 Whilst the attention of the country has been on the CCSA, with the PM at the helm, and their handling of the Covid-19 outbreak, there has been ongoing dissent inside the ruling Palang Pracharat party which boiled over yesterday with the resignation of 18 members of the party’s executive committee. There’s been building conflict within the party whilst the PM has been ‘distracted’.

Under the party’s rules the party will have to elect a new leader and executive committee within 45 days. Paiboon Nititawan, a Palang Pracharat deputy leader, informed embattled party leader Uttama Savanayana about the resignations yesterday and submitted 18 letters of their intentions, one from each MP. Meanwhile, the outgoing committee will remain in place before the election of the new executive committee.

Now all eyes are on the diminutive 74 year old loyal sidekick to the prime minister, Prawit Wongsuwan, who is tipped to become the new leader of the executive committee. Prawit has served throughout the period of the NCPO (National Council of Peace and Order) following the May 2014 army coup, in various capacities. He often serves as Prayut’s ‘fix it’ man and currently serves as one of the deputy prime ministers in the coalition government. He served as defence minister during the period of the NCPO.

The resignations and potential cabinet reshuffle appear to be a response to disagreements within the leading party (a political extension of the NCPO who ran candidates in the March 25 election last year) about the rebooting of Thailand’s economy in the wake of the Covid-19 crisis and the damage its caused just about every sector of the country’s finances.

Palang Pracharat MP for Bangkok, Sira Jenjaka, says that the spill was the result of a deal when the party was formed that the current executive committee members would have one year to prove their value and their performance would “then be assessed”. He said “they now must admit that it is time for a change”.

Current party leader Uttama has found himself embroiled in the crossfire of party infighting with factions pushing stalwart General Prawit, who has been the party’s chief strategist, to take the top job. Asked about the prospects of him becoming the new leader of Palang Pracaharat, General Prawit responded in his usual non-committal manner.

“Let me think about it first because I had no intention to enter politics from the beginning.”

PM Prayut Chan-o-cha says he doesn’t want any involvement with the resignation of the party executives or any change in the party’s leadership because he is not a member of the party machine even though he was nominated by them to be their prime ministerial candidate.

Prawit Wongsuwan hit the headlines again over the weekend after a letter of explanation, sent by the country’s anti-corruption commission, listed the reasons Prawit was exonerated over the luxury watch scandal in 2018. The letter says the NACC commissioners “acknowledged that Pattawat Suksriwong was the owner of the watches and had lent them to General Prawit. The letter, sent to a Pheu Thai Party member, also confirmed that Prawit had returned the watches, worth tens of millions of baht, to Pattawat’s family after he used them.

Here’s the list of the watches he ‘borrowed’ from his friend, businessman Pattawat Suksriwong who died in 2017. 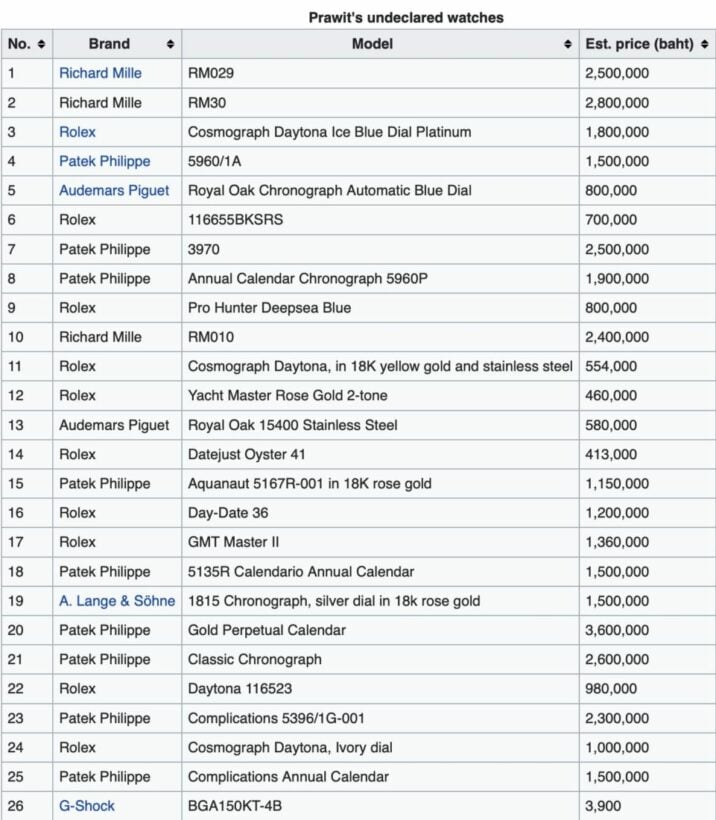