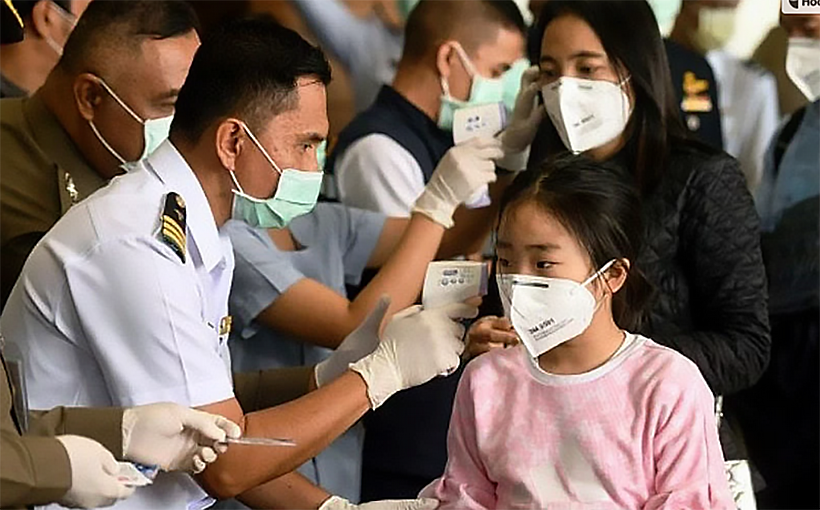 Thailand now has 1771 Covid-19 coronavirus cases, with 120 new cases confirmed over the last 24 hours and 2 more patients dying.The government’s Centre for Covid-19 Situation Administration made the announcement this morning (April 1). The cases are divided into three groups…

The first group of 51 are connected to cluster cases. One person joins the “boxing match cluster,”  11 had worked at or visited entertainment venues, one had attended a religious ceremony in Malaysia, and 38 had had close contact with other confirmed cases.

The second group is made up 39 people, of whom 23 recently returned from overseas (6 Thais and 2 foreigners from travelling, and 16 who attended a religious ceremony in Indonesia). 14 were working in crowded areas or had close contact with foreigners, and one medical staff.

The path of infection for third group, of 30, is being investigated.

The deaths were of a 79 year old man who had diabetes and chronic kidney disease, who contracted the virus after attending a wedding in Malaysia, and a 58 year old businessman who recently returned from England.

As of today 1,429 patients are under treatment, of whom 23 are in critical condition. 342 have recovered and been discharged. There has now been 12 deaths in Thailand.