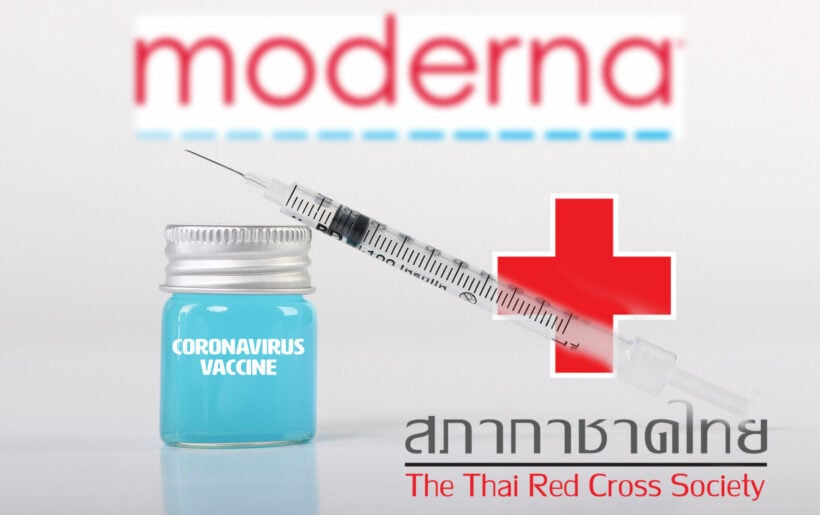 For those that qualify, the Thai Red Cross Society will be offering free Moderna booster shots in late November at their headquarters in Bangkok. The booster shots of the mRNA vaccine long-awaited in Thailand will be given to people who are fully vaccinated and are over 70 years old. They will also offer the free shots to women over the age of 18 who are at least 12 weeks pregnant.

Because booster shots given after vaccines are most effective when given after a certain timeframe depending on which brand of the vaccine was used in the first 2 injections, the Thai Red Cross Society laid out 2 different options to qualify for the booster shot.

For those who received Sinovac or Sinopharm vaccines, the second dose must have been administered outside of 2 months, so anyone who received their second vaccine before September 30 would qualify. Other vaccines like AstraZeneca, Moderna and Pfizer requires a longer timeframe to pass before a booster shot is most effective. As a result, those wishing to take advantage of the free Moderna booster shot need to have received their second vaccines no earlier than July 31.

The booster shot vaccines will be administered during a 3-day window between November 24 and November 26 and will be given at the Rachuthit building inside the Thai Red Cross Society’s compound in Pathum Wan district of Bangkok, not far from Lumphini Park.

For those who qualify and would like to receive the free Moderna booster shot, sign-ups can be done at trcs-booster.kcmh.or.th.

HolyCowCm
10 minutes ago, Stonker said: That's not correct - the Moderna shots people have paid for were all through the Thonburi Health Group. The only connection is that they're both Moderna, and this has been verified by Moderna / Zuellig…
Stardust
Everybody is qualifyed who got no jab. Why they make it always that complicate. Same nonsense with the second dose round where they not give sombody his first shot even after not many second shots are there but is no…

Freeduhdumb
Have you ever looked into the history of the "Red Cross" and "Red Crescent"??
Stonker
25 minutes ago, Stardust said: Everybody is qualifyed who got no jab. Why they make it always that complicate. Same nonsense with the second dose round where they not give sombody his first shot even after not many second shots…
Jberg
Are you sure it’s not ‘earlier’ than July??

Fact Check: Does a vaccinated blood donation protect from Covid-19?