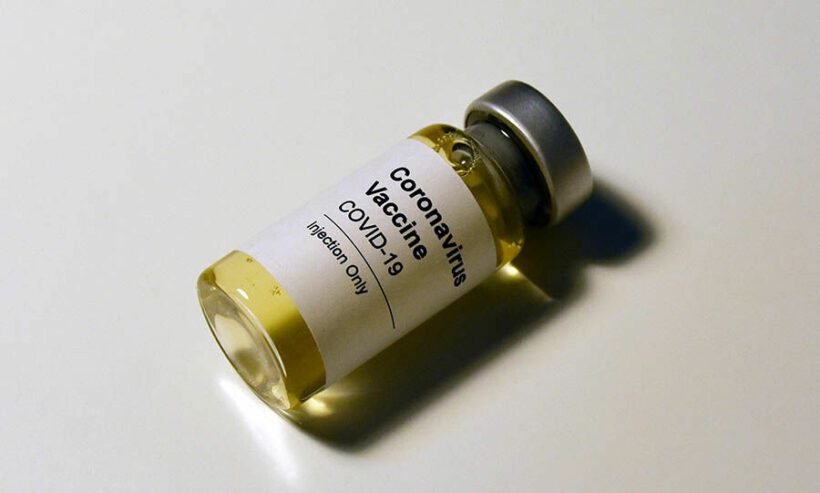 Thailand hopes to buy an additional 35 million doses of a Covid-19 vaccine, giving the country a total supply of 63 million doses, according to PM Prayut Chan-o-cha. He has not confirmed where the additional supply will come from, but according to a Bangkok Post report, he says the government will ensure the vaccines meet Food and Drug Administration criteria. He adds that the Disease Control Department and National Vaccine Institute will work with the FDA in this regard.

In addition, Thailand has agreed to purchase 26 million doses of the vaccine developed by AstraZeneca, in partnership with the UK’s Oxford University. The Kingdom has also signed a technology-transfer agreement that will give manufacturing rights for that vaccine to the Thai firm, Siam Bioscience.

While efforts to procure vaccines continue, the PM says he is reluctant to impose fresh lockdowns, given the severe economic impact. He says the government continues to monitor the situation and is calling on everyone to cooperate with disease prevention measures.

“We don’t want to lock down the entire country because we know what the problems are, so can you all lock down yourselves? This is up to everyone, if you don’t want to get infected just stay home for 14 to 15 days. If you think like this, then things will be safe, easier for screening.”

Meanwhile, there were 745 new cases recorded in the Kingdom yesterday, of which 729 were local infections. 65 people have now died, with the latest death being reported in a 56 year old Bangkok man yesterday. According to Taweesilp Visanuyothin from the government’s Covid-19 task force, the man died on Sunday, 2 days after being diagnosed with the virus. It’s understood he had several underlying conditions.

Cases continue to rise in the central province of Samut Sakhon, where the Covid-19 resurgence first took hold. On Sunday, the province reported 541 new cases, which are included in the number above. Yesterday, it recorded an additional 470 infections, which have not yet been included in the national tally. Of the 470 new cases, 439 were confirmed after contact tracing. 49 are Thai nationals and 390 are migrant workers. The remaining cases are in 25 Thais and 6 migrant workers.

Along with Samut Sakhon, there are strict lockdowns in place in the eastern provinces of Chon Buri, Rayong, Trat and Chanthaburi, with checkpoints set up to prevent people leaving unless absolutely necessary. The chief of police in Chanthaburi, Suvicharn Yankittikul, has been transferred, as officials investigate claims that police officers turned a blind eye to illegal gambling dens.

Meanwhile, the total number of affected provinces now stands at 54, with the western province of Prachuap Khiri Khan recording its first case, in Hua Hin. Taweesilp says he fears the numbers will continue to rise nationwide, due to people travelling over the recent New Year holiday.