The Samut Sakhon governor is recovering from Covid-19 and is expected to be taken off a ventilator today. 58 year old Verasak Vichitsangsri was in “severe condition” after contracting the virus on December 27, according to the Bangkok Post. His infection was reported just a week after the outbreak at a major seafood market in the province where hundreds of migrant workers tested positive for Covid-19.

The governor is nearly fully recovered and his overall condition has improved by 90%, according to the dean of Siriraj Hospital Faculty of Medicine, Prasit Watanapa. Once Verasak is discharged, doctors say the governor should rest for at least 14 days to give time for his lungs to recover. If he wants to work, doctors say he should work from home.

After testing positive for Covid-19 on December 27, the governor was admitted to Samut Sakhon Hospital with symptoms of a sore throat and cough. He was then transferred to Siriraj Hospital after being diagnosed with lung inflammation. On December 31, the spokesperson for the Centre for Covid-19 Situation Administration announced the governor was on a ventilator, but was otherwise in good condition and under good care of doctors. The governor was treated with the antiviral drug Favipiravir.

Over the weekend, x-rays showed the condition of the governor’s that the lungs had improved and his blood-oxygen levels were rising. Doctors then decreased the use of a ventilator for the governor and lowered his doses of muscle relaxants and sleeping pills.

Prasit says the governor has responded well to treatment. Verasak’s recent blood tests show a normal reading with kidneys and digestive systems working fine, according to Prasit. The governor is expected to be taken off the ventilator today.

Verasak’s wife, who also tested positive for Covid-19, has recovered and been discharged from the hospital. 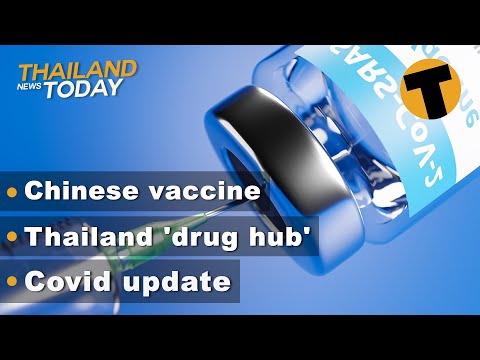 Tower of Babble – we respond to your comments | VIDEO