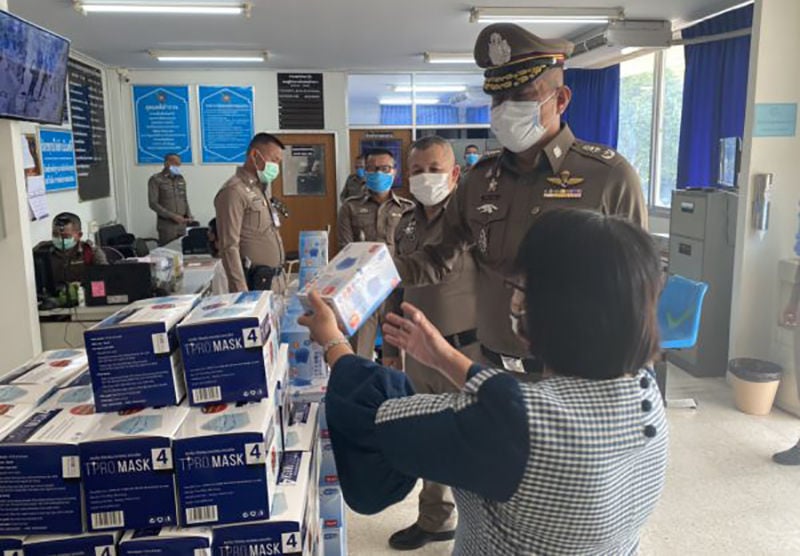 Police were checking cars along the Phon Thong-Kuchinarai road in Roi Et, far north-east Thailand, when a dark grey Honda sedan approached. Stopping the car for a routine inspection they found that the driver was a fellow police officer, 33 year old Police Sergeant Pitak, along with a passenger. But when officials searched the car they found 3 boxes full of medical face masks branded ‘Tpro Mask’ – a total of 7,500 masks. It was 11.40pm when the car was pulled over, long after the 10pm curfew.

He told that police from the Phon Thong Police Station that he was taking the masks from Mukdahan to Phon Thong district in Roi Et. But the license plate on the Honda didn’t match the vehicle information and the exhaust pipe had been modified. The policeman claimed that he planned to give the masks to a relative for a funeral.

Police Sergeant Pitak has now been charged with breaking the national curfew ‘without exemption’ and other charges relating to the hoarding of medical face masks. Oh, and the issue of the fake license plate registered to the vehicle.

It was later discovered that the 7,500 masks were made in Vietnam and the Department of Internal Trade is now investigating if the suspect had the proper permissions to distribute medical face masks, or whether he holds a license to import medical products from Vietnam.

Somewhere in Roi Et there’s a funeral that may have to cope without the delivery of 7,500 face masks. 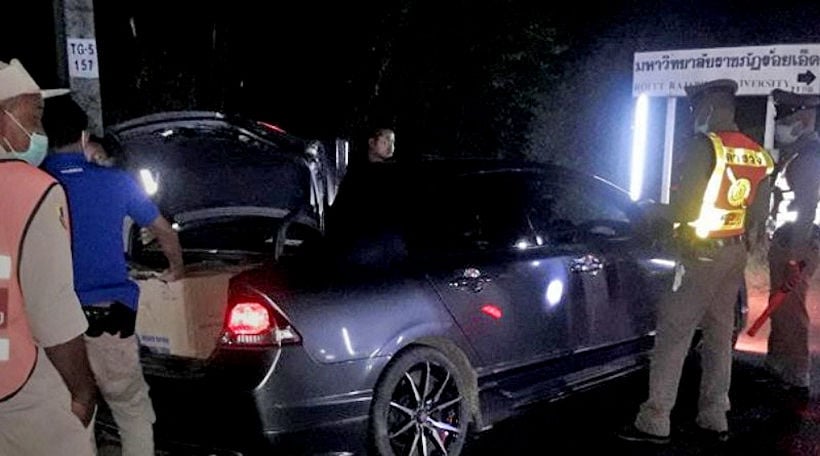 Did an Issan woman get coronavirus for a second time?