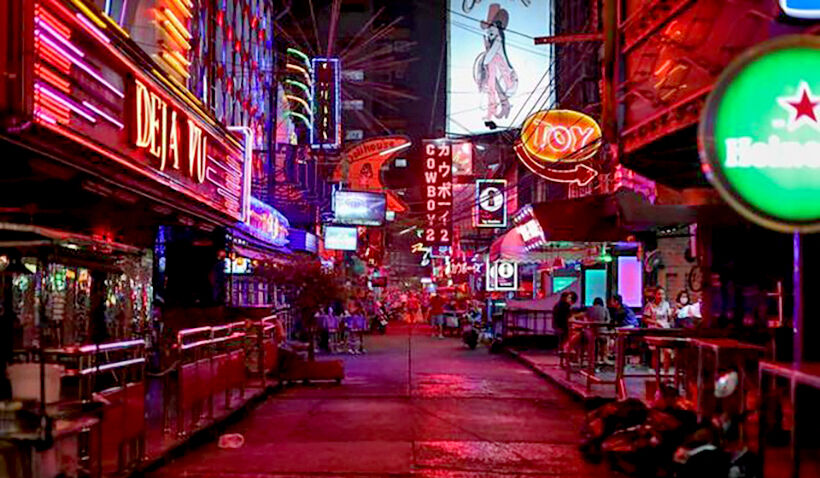 A week ago Phuketians were rallying behind the proposal to get the island open to tourists, quarantine-free, from July. The first tourists arrived from Germany and the local hotel industry were confident everything was heading in the right direction.

That was until last weekend when the ‘Bangkok nightlife cluster’ came to town in the form of 3 big parties, the largest hosting some 3,000+ patrons at Café Del Mar on Kamala Beach. Now the island’s officials are trying to fully understand the potential impact of the new cases.

Just yesterday the Phuket provincial public health office announced 8 new Covid infections – they will be included in the CCSA’s daily national tally today. Out of the 8 people, 4 were linked to entertainment venues in Bangkok, one visited the now notorious Thong Lor bar district. Officials have ordered 12 people who were nin close contact with that person to quarantine immediately and monitor their situation. The other 3 people visited local bars.

The 4 other cases are Phuket locals, one aged 9 years. There are currently no confirmations on how these 4 were infected.

All 8 are now hospitalised and being monitored.

Phuket’s governor also urged “people who had visited pubs and bars to self-quarantine, and go to the hospital immediately if they had unusual symptoms”, according to Bangkok Post.

He says that local police will enforce tough sanctions on entertainment venues “that violate Covid-19 preventative legal measures”. 3 bars, identified as venues where the newly infected people visited, have been closed and now undergoing “thorough cleaning”. 2 bars on the island have already been closed for at least 5 years after being caught violating Covid precautionary measures announced by the government.

With Songkran traffic starting this weekend the Governor says the island is looking forward to the influx of visitors but officials will be steeping up inspections and monitoring of travellers from other provinces, especially Bangkok.

Whilst vaccination rates in Phuket have been at pace over the past 2 weeks there is still a long way to go until the island reaches 70% vaccination rate – the level that Thai government deems necessary before allowing the July opening to vaccinated travellers without quarantine.

Meanwhile,  Bangkok public health officials are recommending the closure of entertainment spots in high-risk areas of the city where new clusters have emerged. They cite the need to isolate the faster-spreading so-called ‘UK variant’ of Covid-19 as the reason for additional precautions.

It is expected that the fall out of the Bangkok nightlife cluster will continue today with another rise in total reported infections.

Songkran, the annual Thai New Year festival, will start seeing Thais head home for an extended break from this weekend.